Airsoft - Into the Gearbox

For the most part, airsoft guns are very similar in their function, there is a gearbox inside the base of the gun that compresses air and releases it firing the bb forward. 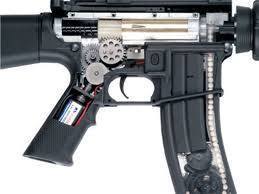 The air is compressed by a piston with a rubber seal being pulled back by the sector gear then shot forward by the spring. By replacing the spring you can increase or decrease the fps (feet per second) of the bbs. The stronger the spring is the faster the bb will travel. 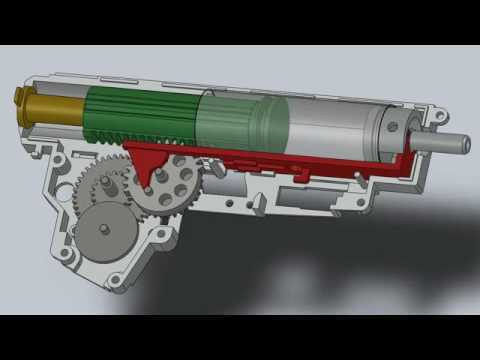 The trigger consists of two plates of metal touching which completes a circuit allowing power to flow to the motor. 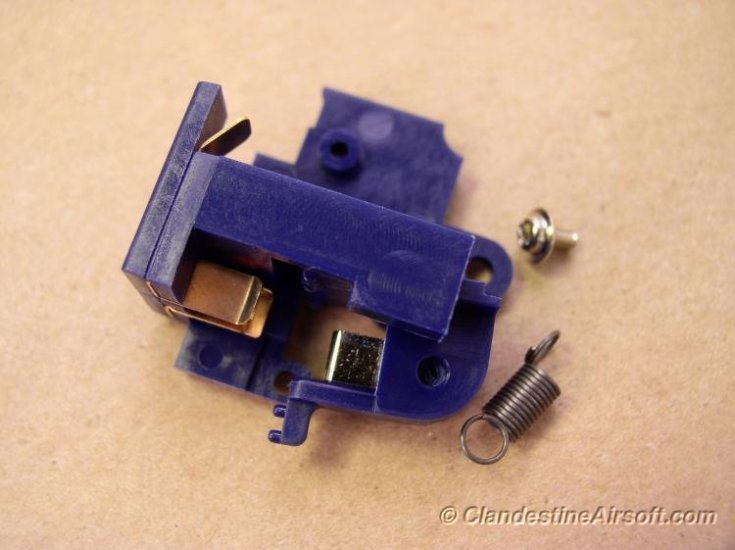 The sector gear has two metal nubs on it that pull back what is called a tappet plate. This pulls the nozzle back to load another bb into the hopup chamber. 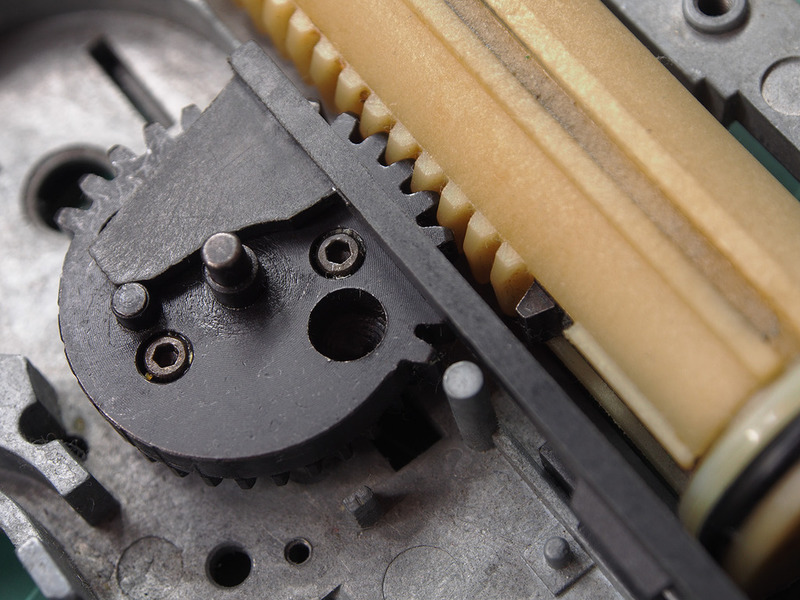 Hopup applies backspin upon the bb as it flies through the barrel. It is not apart of the gearbox but attaches to it. To apply backspin there is a 1" rubber bucking that goes over the barrel and covers a little window in the barrel. Then there is a small nub that is applied over that window that interacts with the bb as it flies through which applies backspin allowing the bb to travel up, down or strait to allow it to go farther. 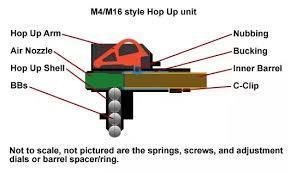