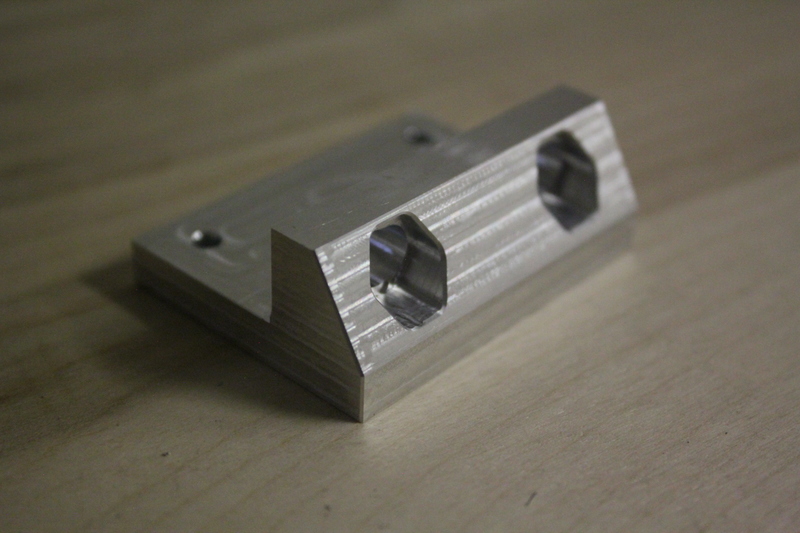 Finally getting the clamp piece finished up on the Pocket NC

I just got a new 0.25" 3 flute endmill, which I used to do the adaptive clearing on the central part of the clamp. Unfortunately, after setting it up with Pocket NC's recommended speeds and feeds, I found that it stalled quite a bit and even would stop spinning entirely. I had 10% of the tool diameter side load, 90% stepdown, and 0.0008" inch per tooth, which related to 12 in/min and 8,500 RPM. The above video shows what I kept running into, I played around a ton with the speeds and feeds and still got the same results. I then took it way down and cut at 0.0005" width of cut, 9,500 rpm, 25 in/min, and 0.2" stepdown, which finally worked. Overall I'm kind of disappointed that the 1/4" endmill can't do more than it does, and I'd say is equal with a 1/8" if not inferior.

I then used the 1/8" endmill to do the rest of the pocketing and finishing, which only took about 20 minutes total. I'm so glad I had preset toolpaths ready to go, it sped things up, and I was able to get bunches of toolpaths sent off together. I wasted a considerable amount of time trying to figure out the proper settings for the 1/4" endmill that the project took about three times as long as I would have liked.

I had a 1/4" chamfer bit, which I used for the first time to clean up the edges. I love 2D chamfer, it's so easy to program, and the finish quality is outstanding! After all the finishing passes where complete, I went back to the 1/8" square endmill to cut it off the base. I wasn't sure what toolpath I should use for this, and after looking around I found the 3D swarf was the best. I didn't want it to make a 3D motion, so I locked it in place by setting the tool orientation. I had it take 0.005" step-downs and leave 0.005" stock to leave so I would be able to come in later and part it off by hand. It worked out well, and I was left with a very thin onion skin that I could nudge the piece, and it would move side to side seemingly forever. There was virtually no cleanup necessary except to knock off the edge with a single sweep of a file.

The quality difference between this and the first one is incredible, not to mention the speed and efficiency with having preset toolpaths ready to go. The main reason for redoing it was the bottom face of the clamp, which wasn't very flat on the first go. 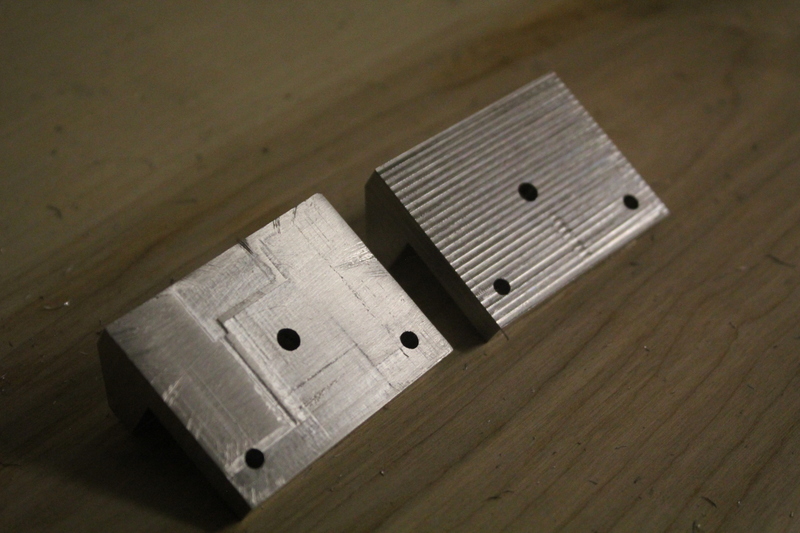