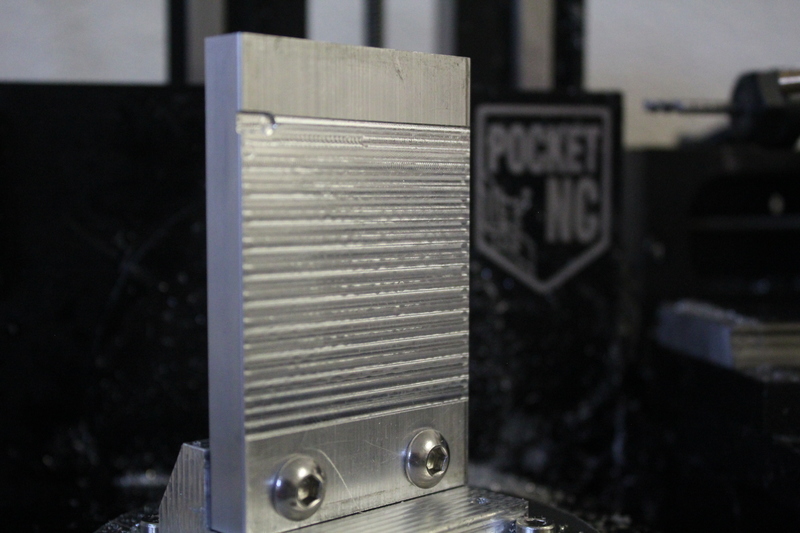 Today I started doing some test cuts and dialing in the new clamp I made this week.

I started by inserting the new clamp on the disk into a few CAM setup files. I then took the bar stock I had for this project and modeled it up and located it in Fusion. I knew I needed some adjustments as if the clamp was even a hair off; it would throw everything else off as well. I did a facing operation on the front face and dived into the material by about ten thou when it should just skim over the surface. I let it cut a small amount before stopping the machine; I then measured how far it cut and divided it by two to see the offset of the hard stop in the design. I then reran it, making small adjustments where necessary; it doesn't need to be perfect but close enough to ensure I wouldn't run my endmill into any significant amount of material.

After getting it within about five thou on both sides, I noticed there were slight stepover marks that you could feel as if the stock was at an angle. I took another square piece of stock and aligned it vertically with the aluminum in the clamp and found it was at a slight angle that threw the tool off when doing horizontal passes. You can really see how far it's off in the picture where I have one lined up properly with the base of the clamp and the other in it. 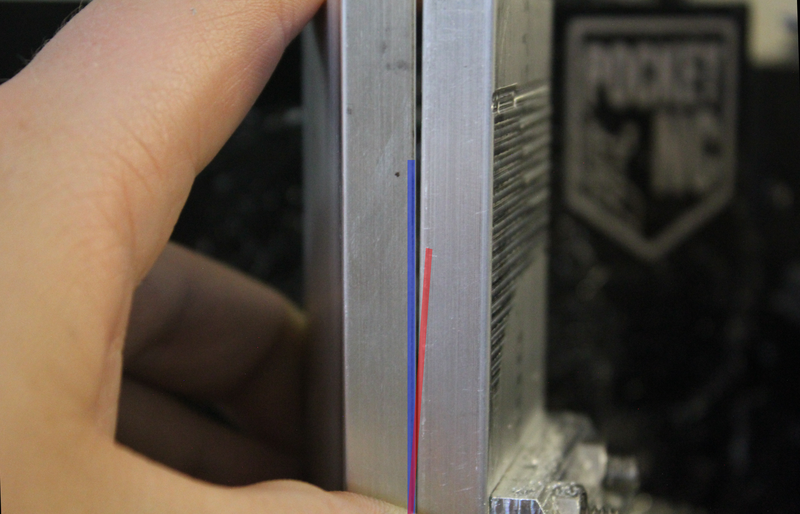 I figured this might be just due to the clamp not being perfectly flush with the base disk; however, after doing a few facing passes on that, I still had the same issue. I'm honestly pretty lost as to why it's doing this, and if anyone has any idea what it could be, advice would be much appreciated. One thought I have on it is tool runout, I don't have a dial indicator, so I don't have any easy way of checking if that's the case.

I'm going to be redoing the main clamp piece again, so that may fix the issue, but I would like to know what caused it for this piece to avoid it in the future.