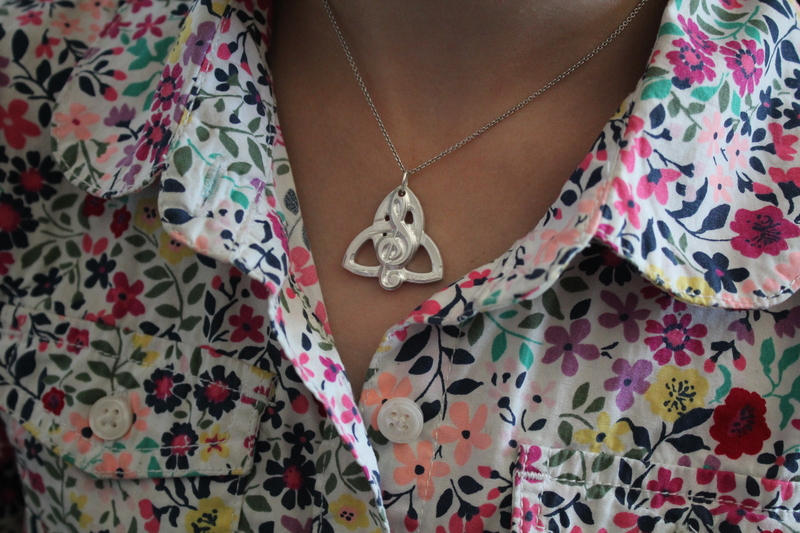 After my last post, I started working on machining the pendant in aluminum.

The stock I was using was 3" x 2" x 0.6," which I had quite a time trying to figure out how to set it in the vice. I may re-design and machine out the vice @winston_moy created that allows you to attach stock like that directly to a low profile clamp, which is perfect for bar-stock. Since the stock was so tall and thin, I had to clamp it as close to the center of rotation as I could; I was able to do this by taking a scrap piece of wax and adding it to the side of the aluminum stock. I did get some pretty bad vibrations though I am not entirely sure if that was due to the way I secured it or from the tooling, which I will get into in a minute. In addition to this, the Pocket NC couldn't reach the top half-inch of the bar stock, so I had to cut out the middle of it and let the upper stock fall on its own after.

The whole setup was a bit of a challenge in and of itself because I had to figure out how I wanted to keep some sort of lead or peg attaching the stock to the pendant while doing the finishing operations. I ended up adding two legs to the bottom of the necklace, which seemed to work decently well.

I didn't start very well due to the bits I was using; only more recently have I been doing proper speeds and feeds. Unfortunately, that means before I tore them up pretty bad from taking too massive cuts. They weren't entirely unusable, but the sounds it was making were pretty bad, and the aluminum ended up overheating a few times, so I had to let it rest and spray cold air on it. Since it got so hot, the entire project took me nearly three times as long as it would have. I had to switch out bits every so often due to chip welding and swap them out with other worn endmills, overall, not a great experience.

After I got the bulk of the material removed, I was able to start working on the finishing passes. For this, I used a 1/8" ball endmill, 1/16" ball mill, and a 1/32" vee bit ball endmill. I started with the 1/8" tool and made my way down using adaptive clearing operations to ensure I wasn't removing more material than the bit could handle. Since the pendant has many small details, if I were to do a standard finishing pass, the tools may dig in areas where other endmills couldn't get to and dive into it, possibly snapping the endmill.

I messed up pretty bad on the top of the necklace where you would attach a chain and accidentally dove the 1/32" vee bit into it when I forgot the set the tool length. It was right after I spent six hours on the project and had to leave the project for a few hours so as not to go insane. 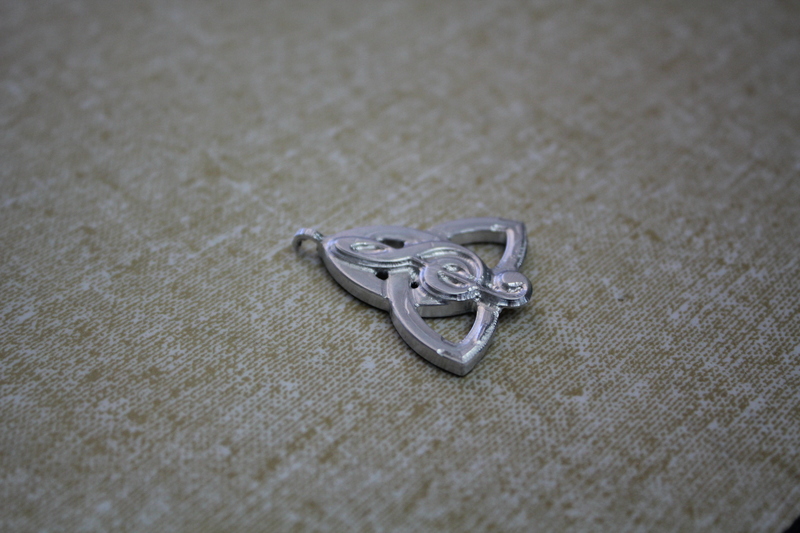 After a lot of thought, I ended up finishing the pendant even though I would have to figure out another way of attaching a hoop to pass a chain through. I guess I was pretty frustrated because I ended up making another mistake and setting the ball endmill to cut farther into the pendant than it should, so the front isn't as lovely as it could be. Finally came the point to take it off its pegs that attached to the stock; this proved to be more comfortable than I thought, I just did two adaptive clearings with the 1/8" ball endmill and have very small step-downs on each side until it parted off.

I ended up taking a Dremel to it and shave off the top loop and just poke a hole through the top of the musical note. I used the same tool to also clean the bottom from the leftover bits from the cut off operation.

It's not the cleanest work I've done, and I am still a bit peeved at the mistake I made by ruining the top of the necklace. It has been a roller coaster of an experience, and I may attempt it again when I get new endmills. The entire project took about 8 hours, which I am not super happy with, and on a second attempt, I think I can cut that in half or more. 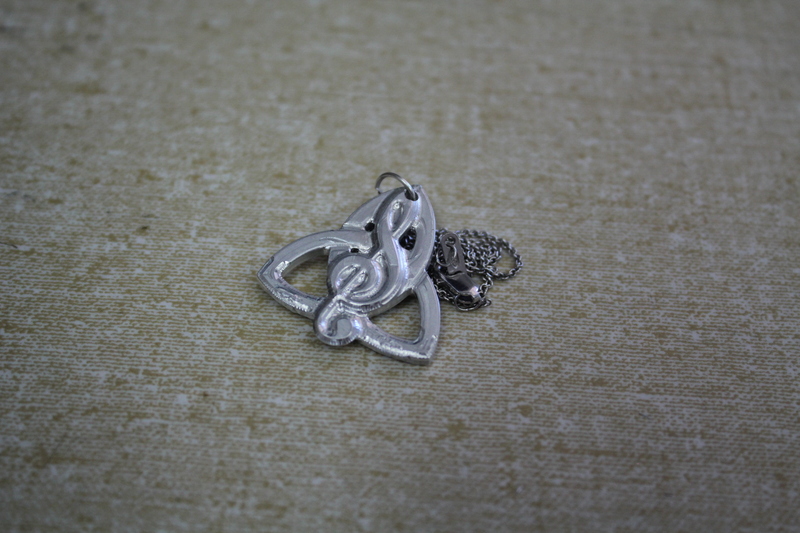