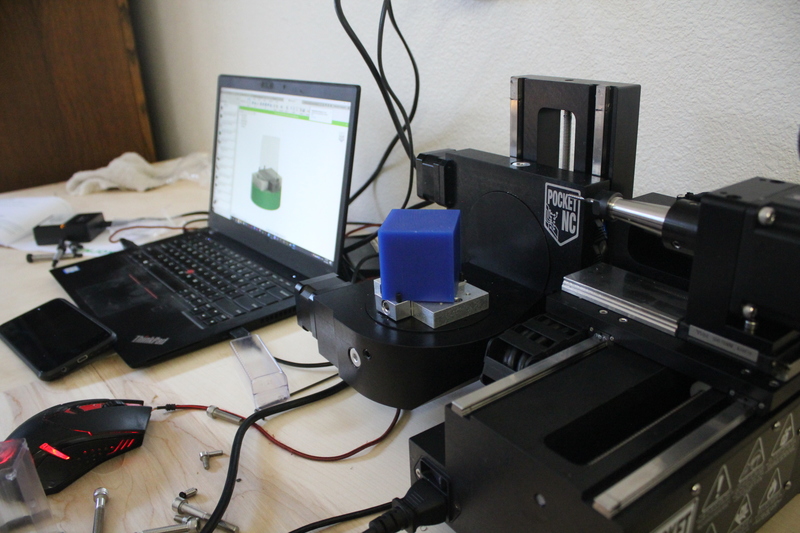 The Pocket NC arrived yesterday and is fantastic! The box the machine came in very well packaged with no wiggle room for the machining to move around during shipping.  It had a few tools like Allen keys and a wrench to change endmills, it also came with a single flute 1/8" carbide bit for cutting soft plastics, and even came with two 2" cubes of wax.

The startup manual was very clear and straightforward, which can't always be said for other machines. However, when I was setting up the bed I ran into a slight issue, the brace that holds the camp system was a very tight fit without any hardware/locating pins and I ended up having to use a rubber mallet to tap it into place. I first tried to put it together myself without instruction, but when it didn't fit I thought maybe I didn't install it correctly, I found a tutorial page that described what I was already doing. 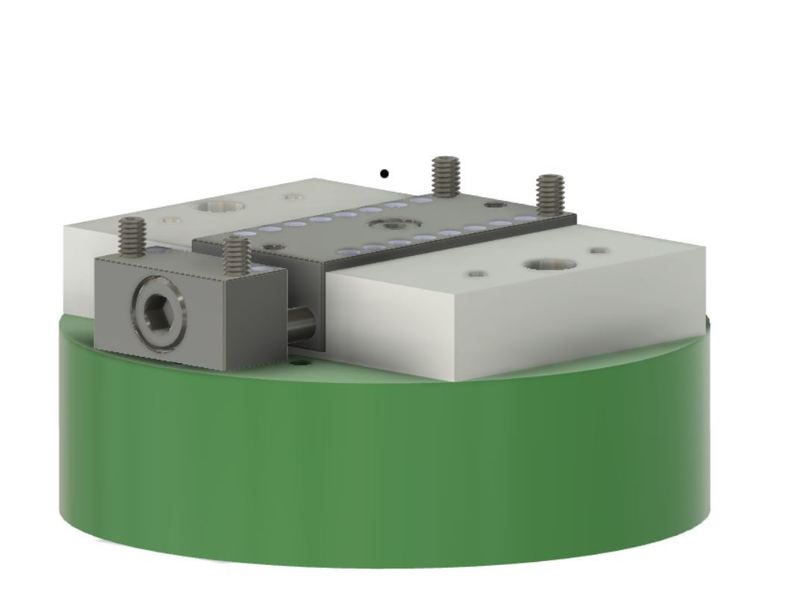 Other than the clamp system, the whole machine was straightforward to set up and took under an hour to get it all hooked up with the user interface and ready to start an operation. Before doing any test cuts, I installed the single flute 1/8" endmill it came with and went to the tooling section of the interface. Setting the tool was very easy and took under 30 seconds to do. Compared to the v1 model, which would require you to measure the distance, the endmill came out of the holder and then entered that into an equation that you would put the results into the tool table.

I then went to Fusion360 and setup the CAM end of it, which consisted of downloading the table and vice and setting the origin height according to the specific machine offset found in the manual. When Pocket NC builds its machines, there are slight discrepancies between each Pocket NC; this doesn't mean there is any functional difference. There just might be a couple of thousands of an inch farther away or closer to the center origin of the machine bed.

One slight downside to setting up the machine was the information was kind of scattered around a few different pages, it wasn't hard to find it just would have been more comfortable in one location.

For the first cut, I set it to surface the wax cube it came with to ensure it all lined up correctly. Uploading the g-code to the machine was so easy compared to their v1 model, and the speed it read the information and was ready to run was terrific, what would typically take 1-3 minutes for uploading a facing operation to the v1 model it did it in under a second for the v2. After the file uploaded, it was all ready to start; I love how the button on the machine blinks green when it's ready to start. I almost jumped when I pressed the cycle start because the machine moved so quickly, I was expecting it to be pretty similar to their v1 model, but it ran much more smoothly and with speed. The facing operation took off maybe 0.001" of stock from the top, which is better than I was expecting for the first operation to be so accurate.

Overall I am super pleased with the V2-10, and it is night and day difference between this and the old Pocket NC model.

I recorded myself taking it all out and setting it up and will be editing that and posting it to Youtube with a voiceover.