Today I worked on making a set of 6061 aluminum parts! Not sure what their purpose is, but they have a flat top face with radius edges, and some features on the bottom. 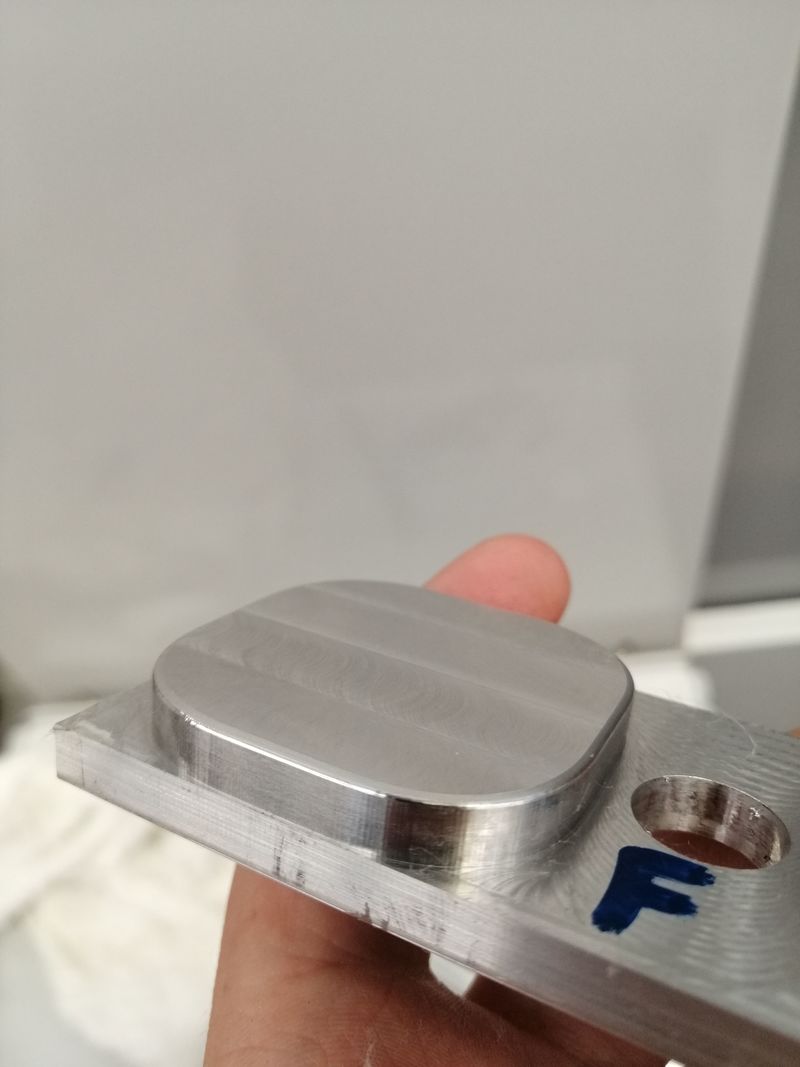 Since there is the radius on the top face, the part has to be done in a two-part operation using soft jaws. For the first operation, I did an adaptive clearing using a 1/2" square endmill to remove the bulk of the material, then a contour to clean the sides up, and a boaring operation to locate the part when flipped, and finally a scallop toolpath using a 1/8" ball endmill. I pulled the part out after it finished and noticed there where facets on the walls of the piece. I wasn't expecting this because I've run the same settings on the stainless with excellent results. I played around with the settings a bit and couldn't find the cause of it. Even the simulation had tiny facets on it. I tried using smoothing and adjusting the tolerance in the CAM, but no matter how much I changed them, I couldn't get it removed.

I started on the second operation but only got through a few toolpaths before I ran out of time for the day. Unfortunately, I also broke the drill bit I was using when I had a 0.0625" carbide drill peck down 0.05". Since I was using the Haas minimill which doesn't have a tool height probe, which means I had to use a single tool to do all the visible finishing by itself, because if there were any slight difference in height, it would show up on the finished product. So the finish quality isn't as good as I would have liked, due to the toolpath marks. 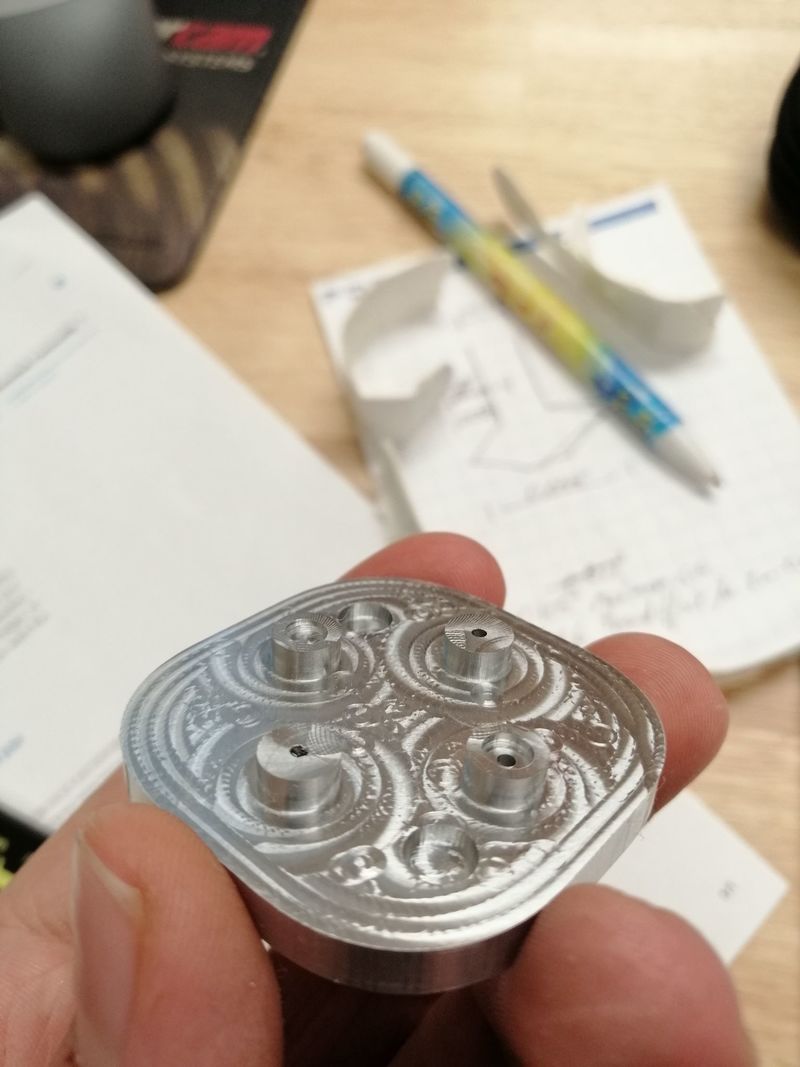 My boss also got me a 3D connexion space mouse for Fusion360, which I had no idea how much of an impact it made until I tried it! It's always been one thing that kind of frustrated me about 3D modeling programs in general, its always tricky to orbit around the design, but with the space mouse, it eliminates that almost completely!