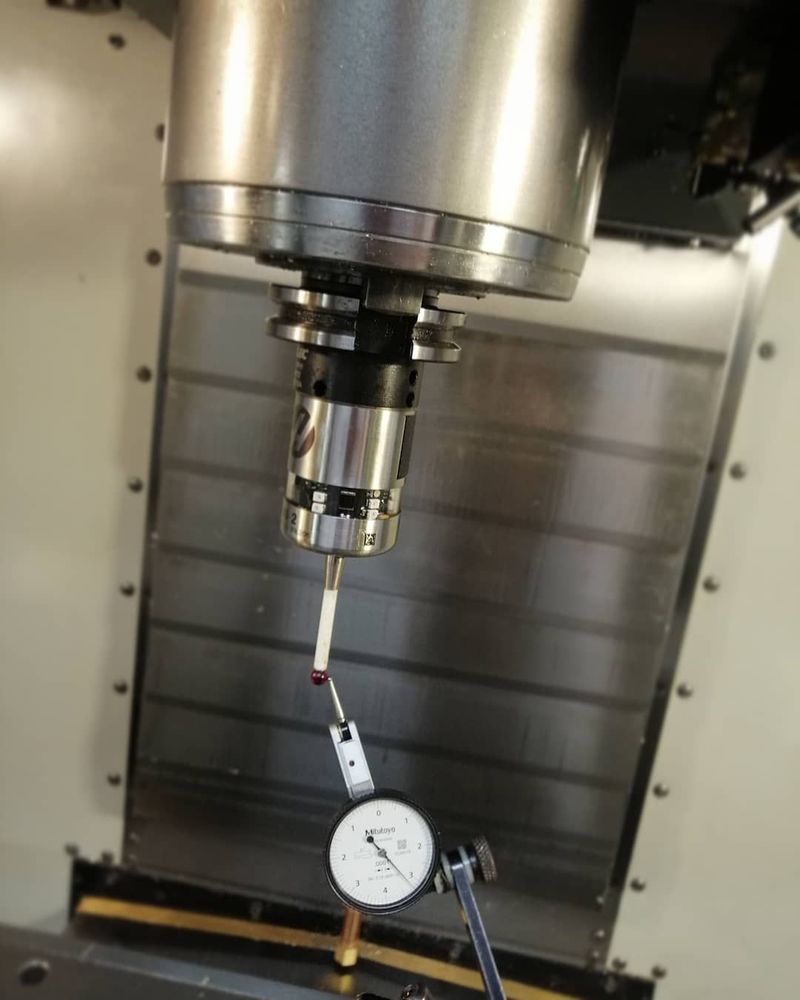 Calibration time on the Haas VF-2SS!

Since taking off the five-axis table, we had to remove the tool probe to prevent potential damage while extracting it from the machine. Which meant it needed to recalibration after reinstalling it onto the table.

Wayne didn't know how to do this himself as he always had it calibrated when a Haas technician came to work on the machine. So I was on my own for the most part with this one. Thankfully Haas has amazing tutorials, both on their YouTube channel and forums, very clear and straightforward.

There are three major components to setting this all up, and they consist of the spindle touch probe, Renishaw OTS probe (for measuring tool length), and OMI receiver, which connects the two wirelessly.
The whole calibration system mostly consisted of using a dial indicator to adjust everything to make sure it's in as close alignment as possible. As you can see in the video, I got the runout on the probe to +-0.00002" which I'm delighted with!

I then adjusted the tool touch off probe and leveled that manually to get about +-0.00005" in both X and Y. After that, I used a pin Guage and followed the instructions on the setup tutorial. You can see in the last video where it did its calibration sequence after I put in all the information.
Download VID_495490610_060058_393.mp4

And lastly, I used a hole Guage to set the calibrate the spindle touch probe; this operation set the height on the of the table and ensured the probe was working correctly.