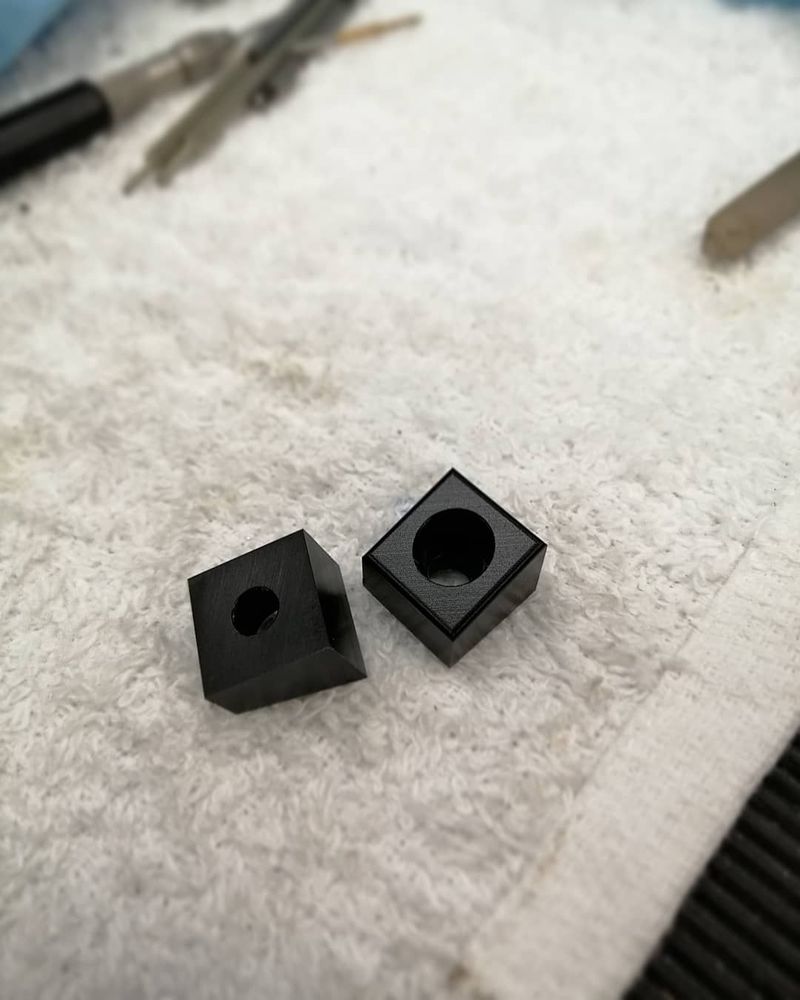 Today got much more exciting and got to learn some of the basics of Mastercam programming, plus part setup. Wayne got a basic contract to make a series of parts for a company mostly for teaching purposes as they aren't nearly as intricate as he usually takes on. The pieces we worked on today where small clamp fixtures for a larger project made in Delrin. He wanted to make six of them and had them all in a row in a piece of bar stock to minimize wastage. The whole programming side of it was very similar to Fusion360, and only requires a little more setup time for the tools. 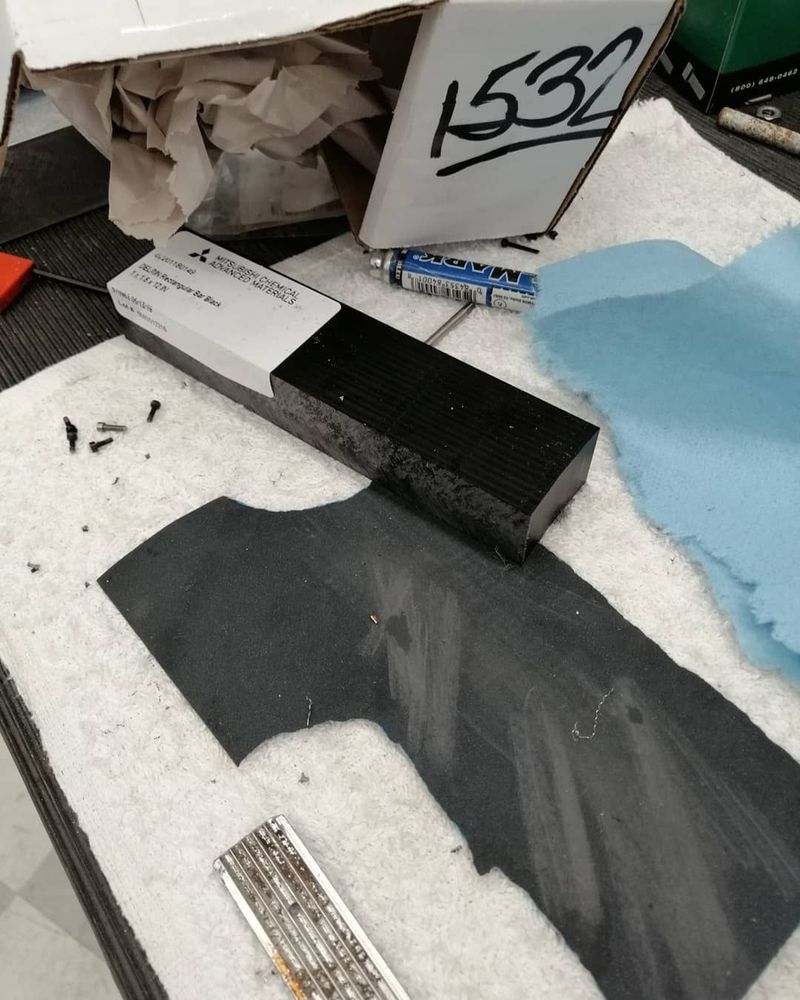 Used a 3/8" 3 flute sq endmill to do the facing, then used a drill to peck down the center and cleaned up the walls with a smaller 1/4" tool. For the finishing passes, Wayne used a 1/8" ball parallel at 45° angle. He explained that it wasn't entirely necessary with such a simple part, but when you get into more complicated pieces, you would get a better finish and reach into areas that you couldn't usually get to.

The entire operation took approximately 30 minutes, which was a bit high for such small parts in Delrin. He said since he is a prototyping shop, it's not worth getting specialized tooling to save on a few minutes for something that he would never see again. He programmed the entire thing in under 30 minutes, and trying to optimize the toolpaths wouldn't have been worth the time.

The minimill didn't have a touch probe, so he showed me how to load and set the tool length offsets on the Haas. Used a 0.1" Guage block to place on top of the stock, then move the tools down until it could move freely with light pressure on it.

Overall the Haas machines are so much easier to use and interact with than I initially thought they were. The main thing with them is understanding that all the buttons mainly presets for speed and efficiency.

Another one of the side shop projects I've been working on is reorganizing and sorting the endmills and drill bits. 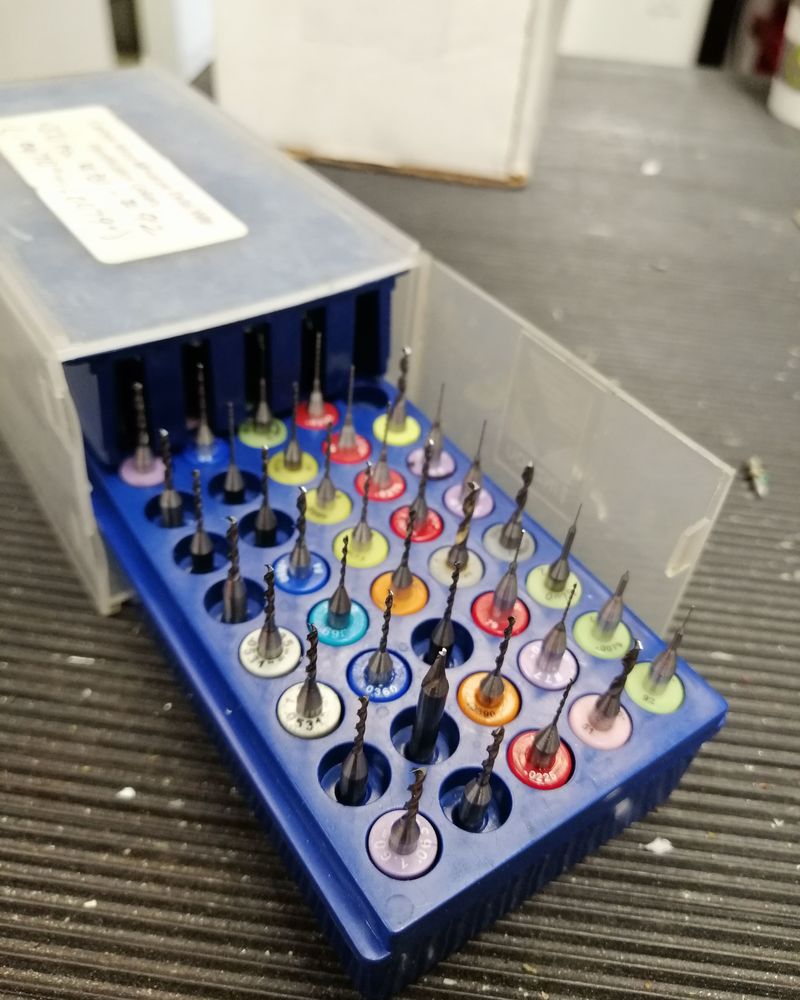 These are a set of micro drill bits for machining super small holes, going all the way down to 0.005". Wayne (shop owner, aka my boss) gets them from a guy who recycles them from other shops and grinds them down to then sell as complete sets. This one is horribly out of order and missing a bunch, so I'll be sorting through them a bit to make finding the right one easier.