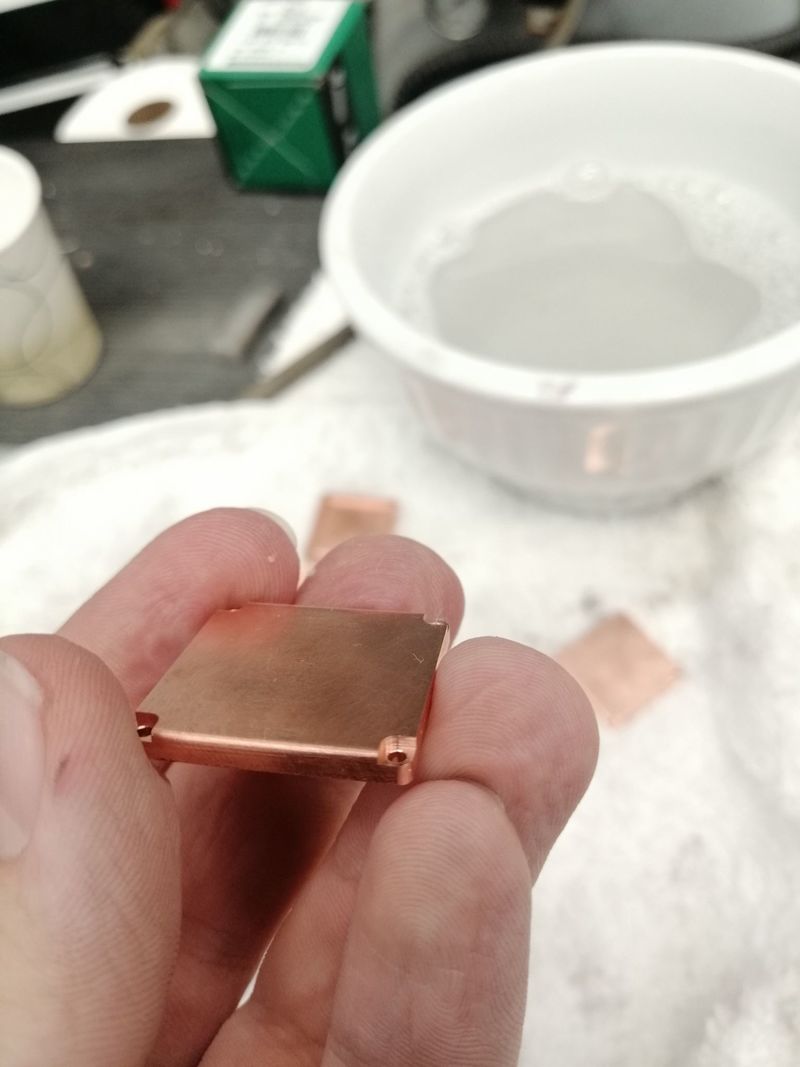 Nothing too exciting today, I finished tapping the set of 101 Copper parts I worked on last week and got those ready for shipment.

I also programmed the other side of the second set of parts that needed a small corner stepdown and got to do that on the Haas VF2ss. The second operation setup on these parts was pretty easy and only took a couple of minutes to program. Since there were only ten pieces, my boss said just to do each one at a time and put them in diagonally to make each part be in the same spot as before. 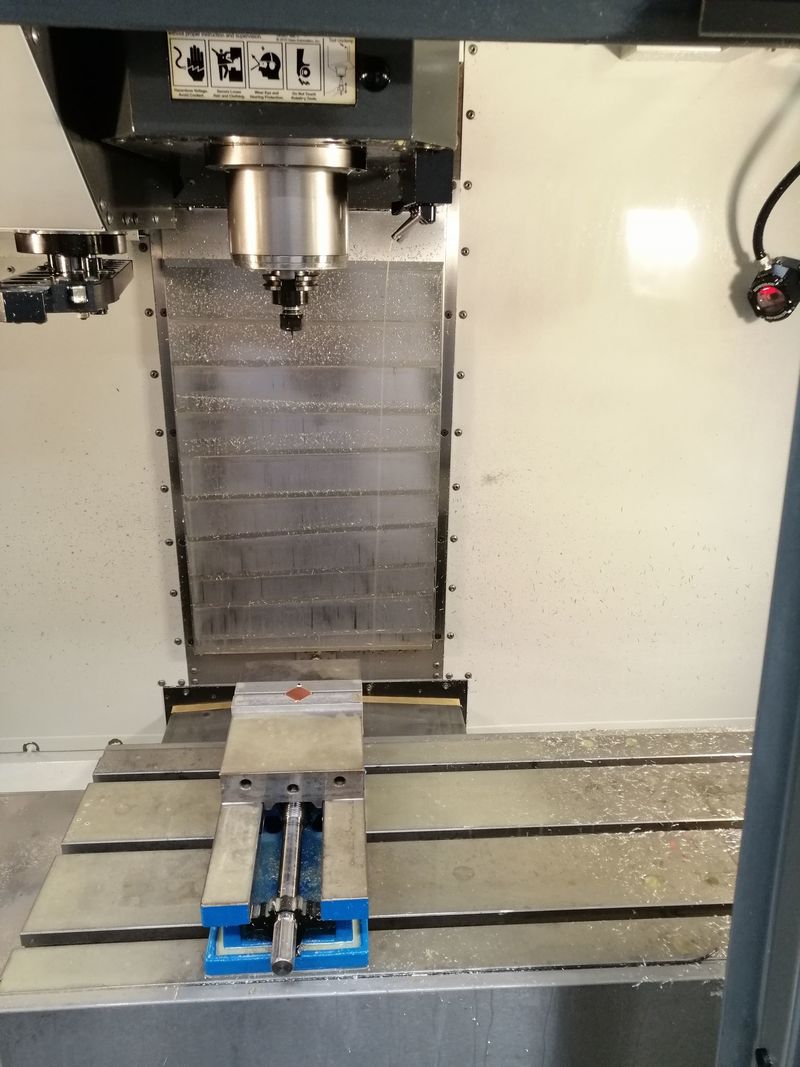 I did the entire operation with a 1/16" square endmill, first to pocket out the soft jaws, then to cut the corners on the part itself. I programmed the corners of the part to cut out a little bit larger than the edge of the part to allow it to sit snug against the side walls. However, after running the program, I accidentally broke the tool when it took the corner at 100% engagement and 29in/min, I then talked with Wayne, and he said that it wasn't necessary as the corners on the parts where rounded. So the 1/16" would already clean the edges properly. I reran it without that pocket and got a lovely finish.

After that, I did a dry run the copper toolpath to cut through the aluminum soft jaws to prevent things from overloading. When that was complete, I cut the ten parts and got them all within one thou of each other.