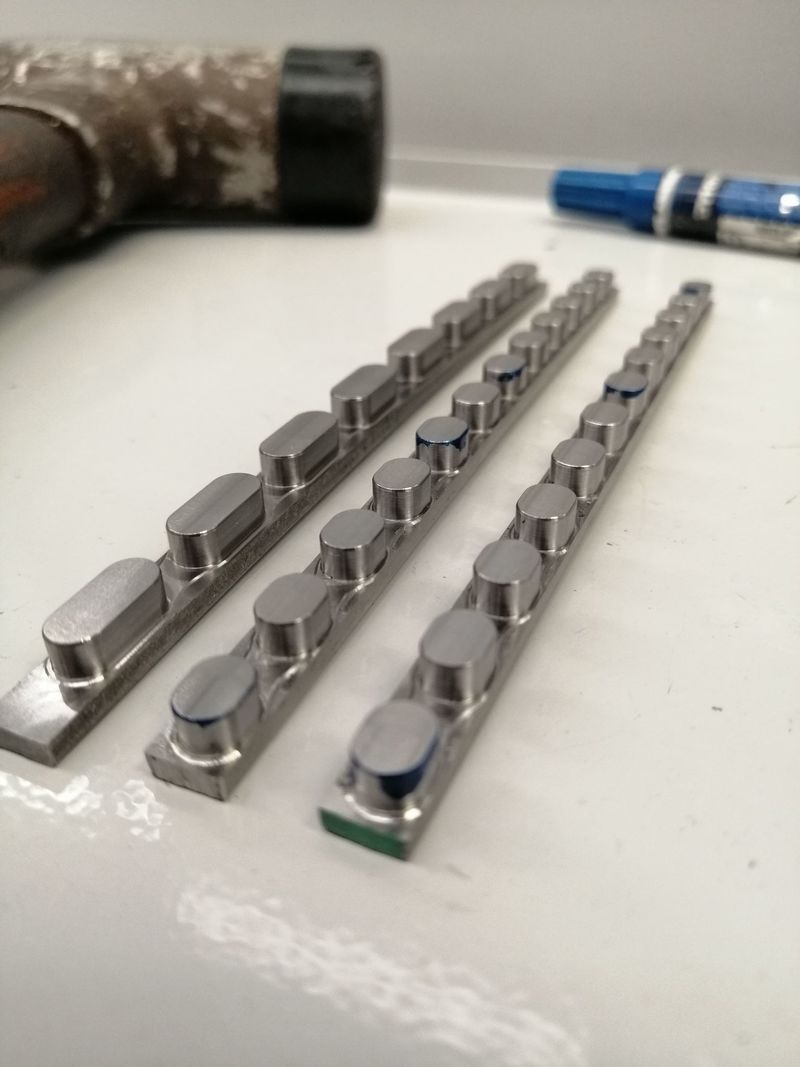 Today I got to finish up the rest of the parts on the first operation. There are two sizes of these parts and did all the first operation in one go before cutting the soft jaws since the location was a known one and easy to set the stock in place.

My boss also solved the issue I had yesterday, where there would be a small cap on top of the part that should have been cut off when facing the material but wasn't. Wayne thinks it might be due to the released tension in the stainless stock, and rerunning the facing operation, that seemed to solve it. Each part I loaded ended up with the same small cap on top and had to rerun the first toolpath on each one.

After making enough of the first operation parts, we moved over to the soft jaws. For that, Wayne had me put a 1/32" parallel to separate the two jaws, to give it some clamping force when the parts are in. I then faced the aluminum and located the center for the soft jaw milling operation. It came out a bit rough, and after consulting my boss, he reran the program after deburring the edges. From there, the parts fit in pretty nicely, though there was a slight radius in the crevises of the pockets which I didn't see on the used endmill I loaded. Thankfully it doesn't look like it will be an issue as the fillet on the part matches the radius on the inside pocket. From there, Wayne put a 1/16" pin in the locating hole, and I used a dial indicator to find the center to set the G54. I ran out of time for the day and will finish the final operation tomorrow!

In between runs, I started programming the other parts, which will be made in copper. I unfortunately, I won't be able to share any images of the elements themselves as they are proprietary, but I'll do what I can to share pieces of it. It's got a lot of nifty corners and crevices, which were a bit of a pain to figure out how to do because of interior radiuses done in metric.