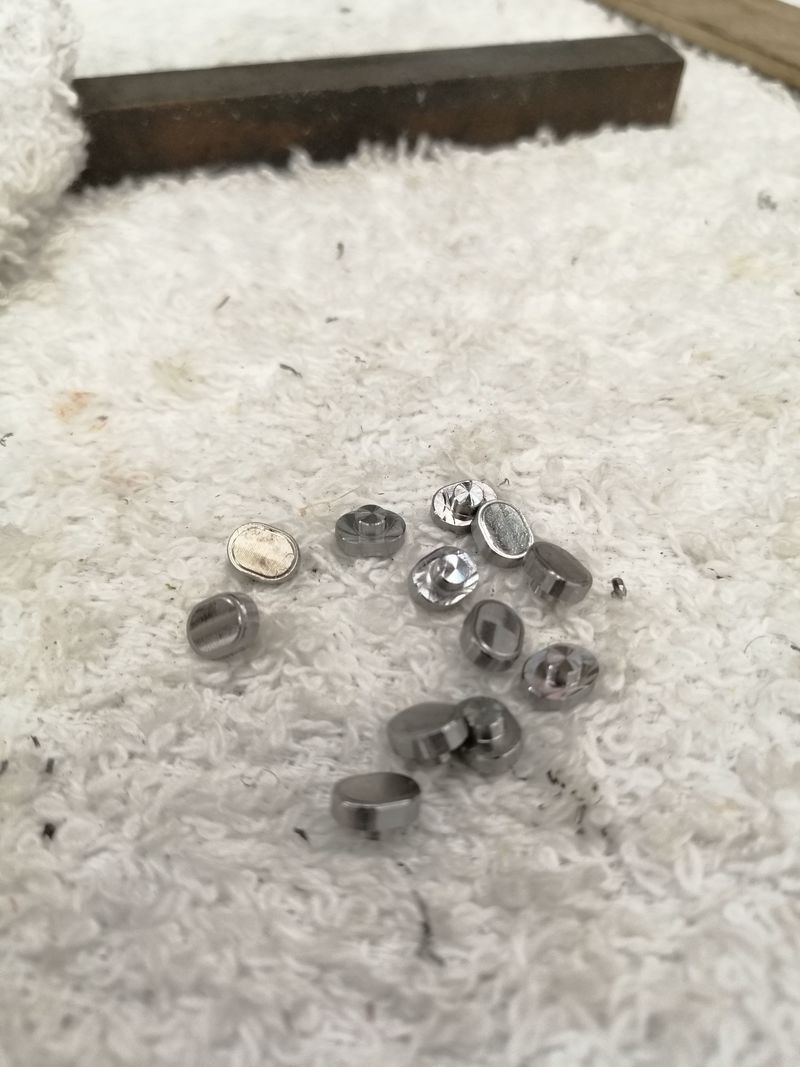 Today I finished up the second operation on the parts I was working on yesterday.

After finding the center of the hole and relocating the G54 to it, I was able to run the second program to finish up the parts. I had a few test pieces that I made before so I could toss these if they didn't turn out any good. It turned out alright, though the surface finish wasn't the greatest, and Wayne noticed the chamfer wasn't entirely centered on the part. As it turns out, I forgot to enter the new G54 home, and so was about six thou off. He also suggested surfacing the top and leave about 0.03" on top to connect the parts; this would allow the tension to be released and make the pieces easier to bend the bow out of it.

I edited the code and reran it on my main piece, which turned out very nice. Unfortunately, while measuring it, I noticed that it was consistently five thou off on the height, and after discussing it with Wayne, I added that offset to the code to lower it by that amount. However, after putting the parts back in and running it once more, I must have miss measured the first time, and all the parts came in under four thou of the drawing. Since this is on a time limit, he said to use them as is, as the tolerance had to be within ten thou, though he would typically get it closer. I'm not sure how I miss measured it the first time, but I have a sneaking suspicion that the one I referenced wasn't flat against the bottom of the soft jaws. I finished up the rest of the smaller pieces and set up the jaws for the larger parts, which I'll be finishing up tomorrow.

Overall a bit frustrating with the tolerance mishap, but I'm delighted with how their surface finish!