Today I worked on making the fixture plate for the stainless part I am working on (see previous posts). 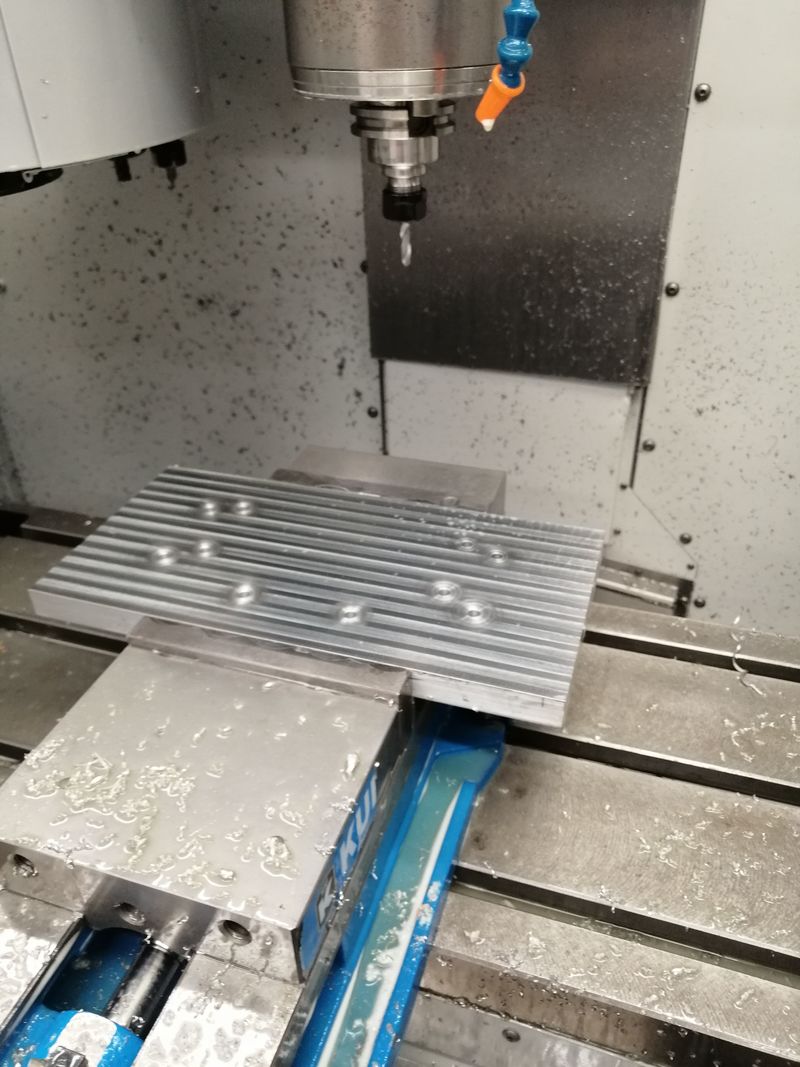 For the fixture plate, I shaved down the top face to ensure I had a flat workpiece, then drilled the holes for threading. I realized too late that I accidentally cut them with a 1/4" drill bit to make 1/4-20 threaded holes, which is much too big for the thread size. Thankfully I was able just to shift the x-axis origin over a bit and recut it with the correct drill bit (#7 drill). I then hand threaded each hole while it was still in the vice using a vertical block my boss made to ensure you cut it vertically. 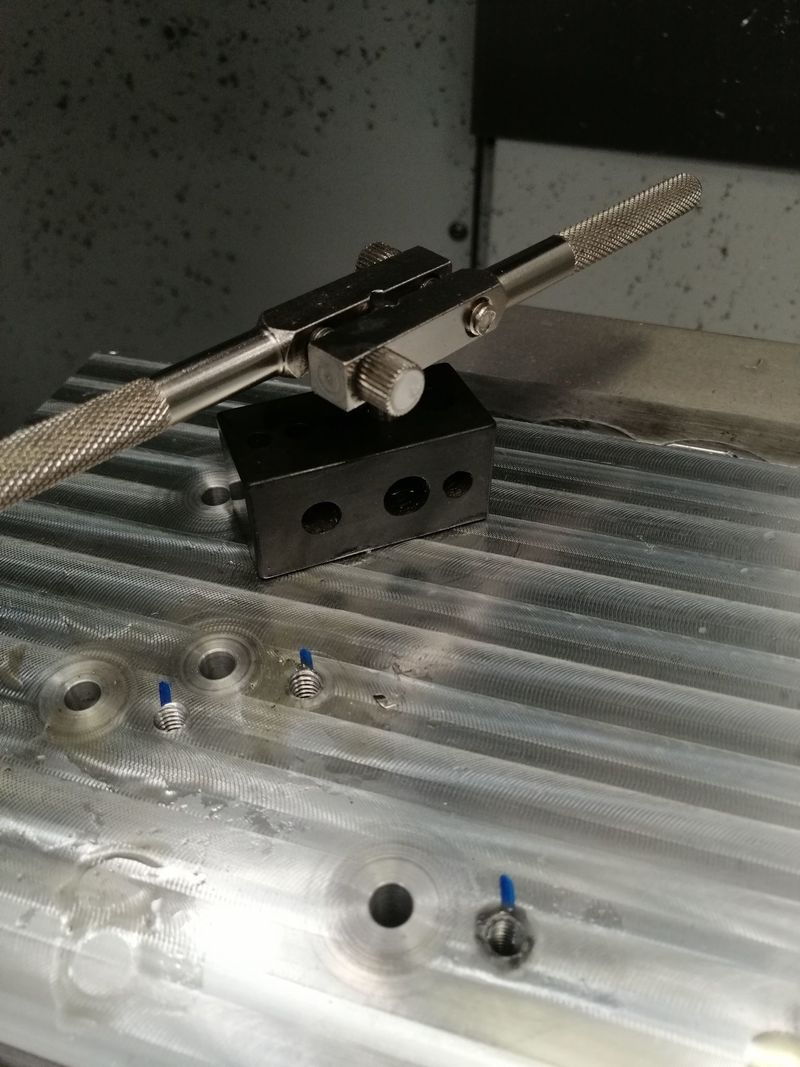 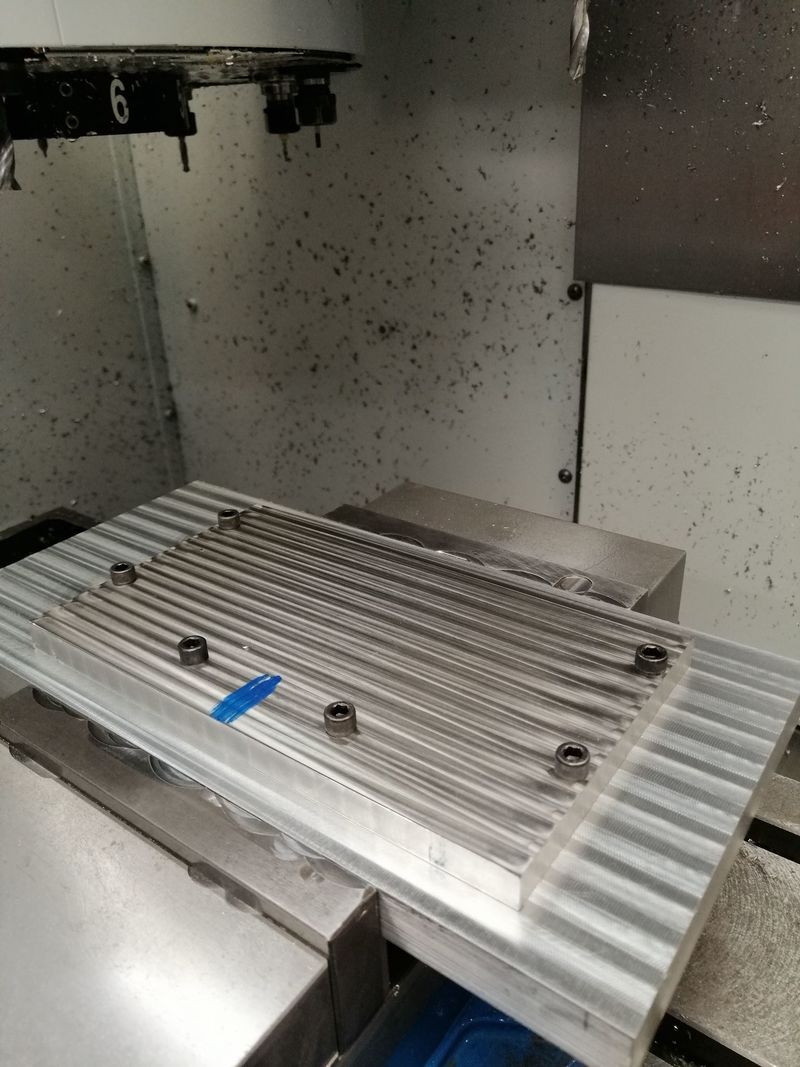 I then bolted the steel down on the fixture plate and got the gcode loaded in the machine, this was the part I was nervous about, and triple checked my programming to ensure I didn't have any errors. I set the Haas minimill off, and right away, a hear a dull crunch sound, thankfully I was right there to stop the machine. What had happened was I accidentally set the origins to be slightly different for the fixture plate operation and steel one. It was only about a quarter-inch off, so I didn't realize it in Fusion360, but the tool dived into the material, thinking it was air.

Unfortunately, it's a more complicated issue than you might think, and I spent a while trying to figure out how I would change the origin since the setup stock wasn't off of solid models and so nothing I could measure. After discussing it with my boss, I relocated the work origin to one of the holes in the steel plate and swept it with a dial indicator. From there, I was able to get the part off and running; I was only able to get through about half of the first tool operation before I ran out of time for the day. 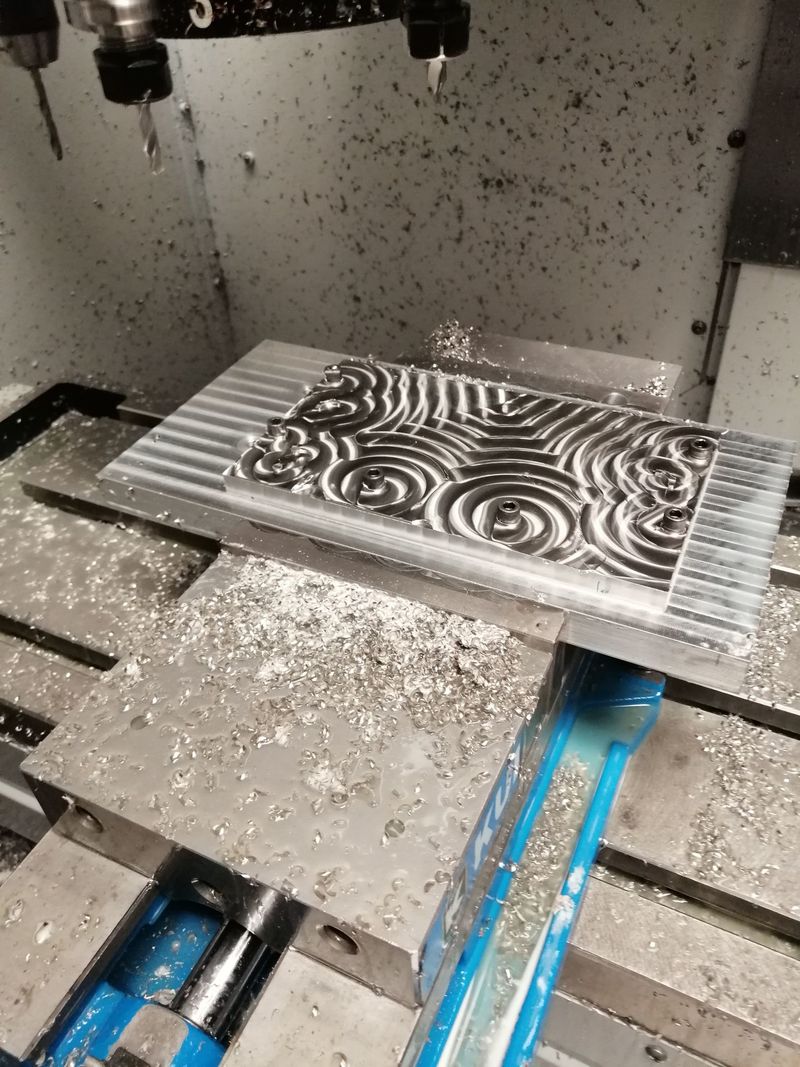