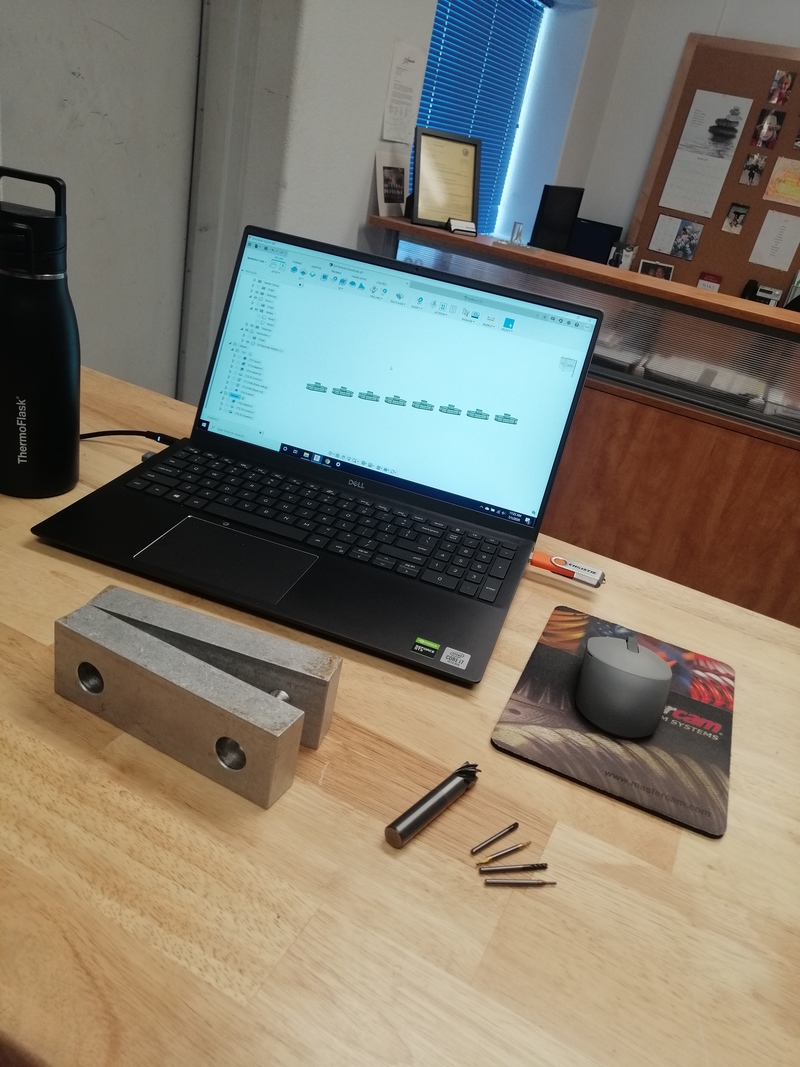 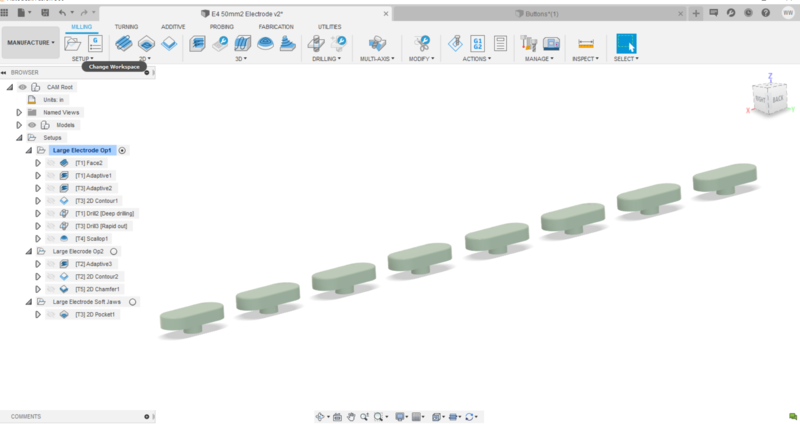 Today I was focused on finishing the CAM for the part I worked on yesterday.

After talking with my boss, I decided to scrap what I did and start from scratch. I did it pretty messy and wasn't very easy to make quick changes. I also had oriented the part the wrong way and had the first operation on the underside of the piece instead of the top. The reason for doing the top of the piece first was purely for aesthetics, and if things didn't look quite right, it's better to have that on the underside where it wouldn't be as important. I figured that since this is such a small part and for the client, they would want accuracy over aesthetics he said it should be dead on regardless, and so work the side that would have the best finish. It would also make clamping these in soft jaws much easier as I wouldn't have to mill out a groove for the pin on the bottom.

Since this is a two operation part, I decided to make a solid model for the stock rather than try and create a box around it in the CAM setup section. Having a pre-designed object would help with locating the part after flipping it over by drilling a hole through the center, then probing it from the other side.

I'm pretty pleased with what I came up with and need to double-check some of the toolpaths, but I think it's just about ready! I also did have some issues with the post-processor, giving me an error when I posted it to Haas. It wasn't very clear as to what this issue was, and so I'll have to play around with it a bit more to find out why.