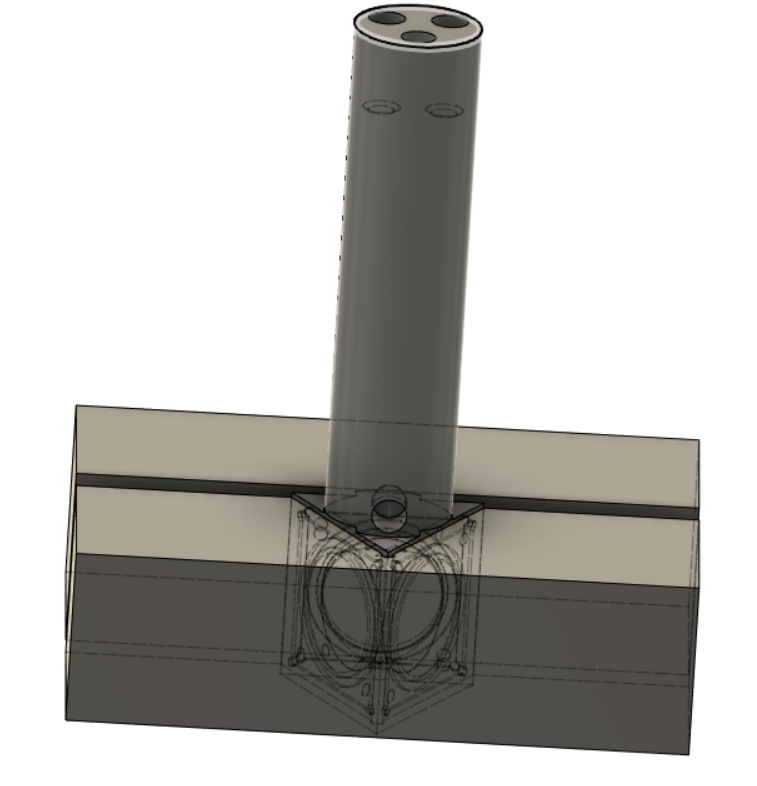 Working on the soft jaws for the parabolic mirror part today turned out to be much more complicated than I initially thought it would be.

Because of the triangular shape, I wasn't able to machine the soft jaws with the part centered in them but had to use the flat of one angle to meet up with the back flat of the other jaw. This would allow one side to brace it up, while the other would have full clamping pressure against it.

I also had to hold the part very deep in the jaws to ensure it was stable enough to drill through the rod from one end, due to the cavity in the top of the piece. Because of this, I had to use very long tooling to get down into the 2" soft jaws; my boss instructed me to have three setups of the same tool, each at a different length to get the finish as clean as possible. Then at the very least, use the longest tool to take very small and slow stepdowns along the face of the wall to give it a consistent and clean finish.

Really sketchy part to make and came close to a machine crash a few times, and the final operation I'll be doing tomorrow will be with a six-inch drill and taking everything real slow.