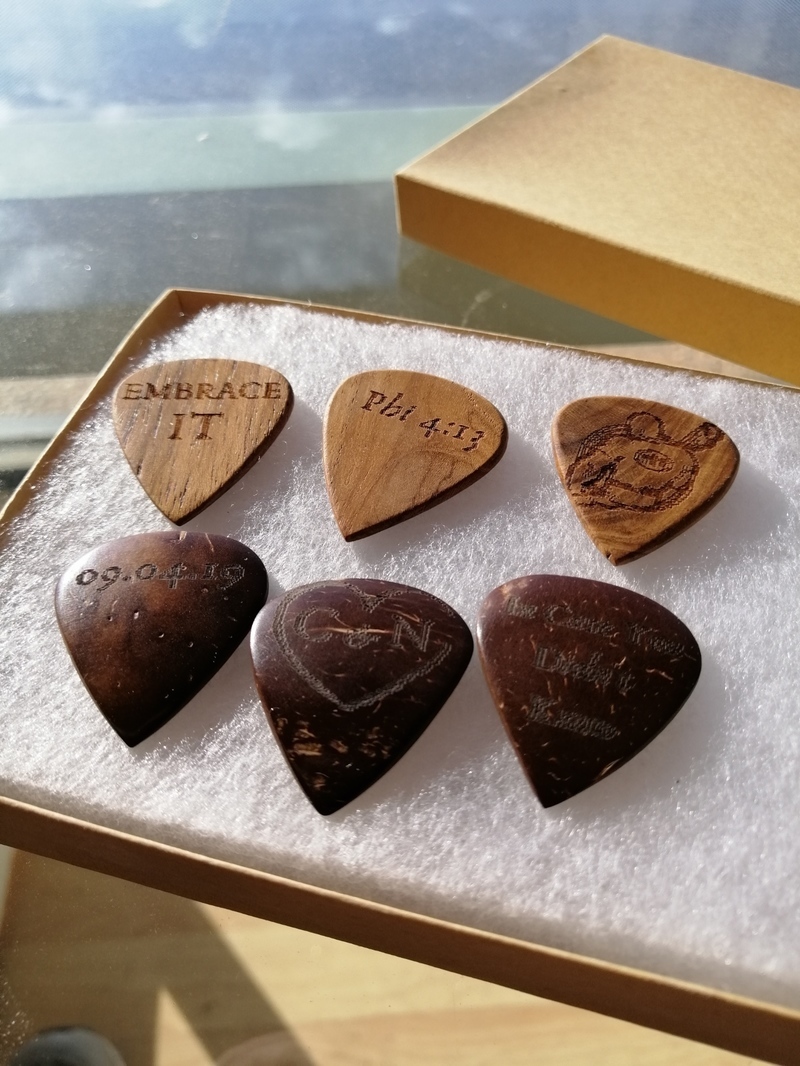 I started a small side project for my sister on the laser engraver.

She wanted a series of guitar picks laser engraved with some specific quotes and Bible verses as a gift to her boyfriend.

The lighter ones at the top are oak and the bottom darker ones are coconut. I believe she got these off of Etsy.

I did a couple of test runs on some scrap wood to make sure everything looked fine and had the right color tones. Everything looked fine so I exported each design separately and manually did each one. I probably could have done it all at once but I didn't want to take that big of a risk.

I only messed up one and that was the heart and initials, I set the home to be a few millimeters higher than I meant to and so it sat a bit high on the pick.

Unfortunately, the coconut ones where so dark it's hard to make out what they say and there really isn't anything that can be done for that. My sister asked if it was possible to inlay it with a gold plate but it's not really viable for this situation as the lettering was so small that it would be hard to get it in. In addition to that, the laser goes by layer by layer which leaves small line marks if you look closely.

My father actually mentioned something to me a few weeks ago that I hadn't really thought about. A paint or powered base coloring that would get melted or fused with the material to give it coloring. After doing a bit of searching I did find a paint that does just that. I'm really curious about what it would turn out like so I may order a bottle in the near future. 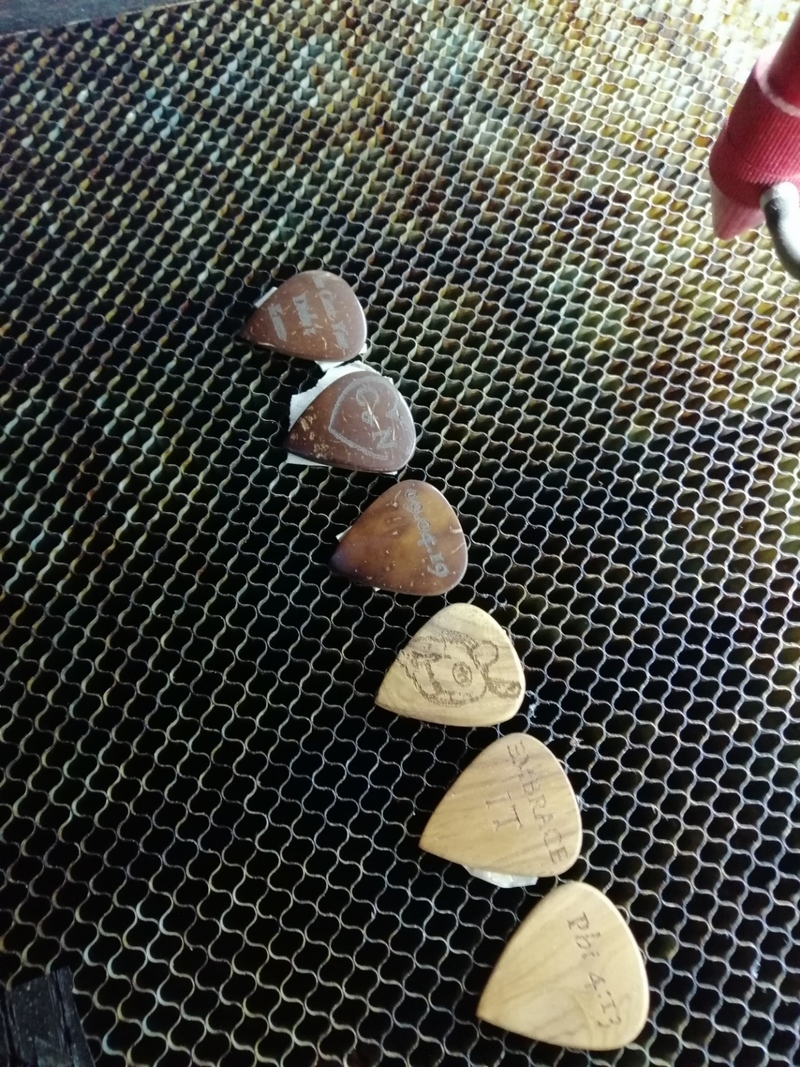