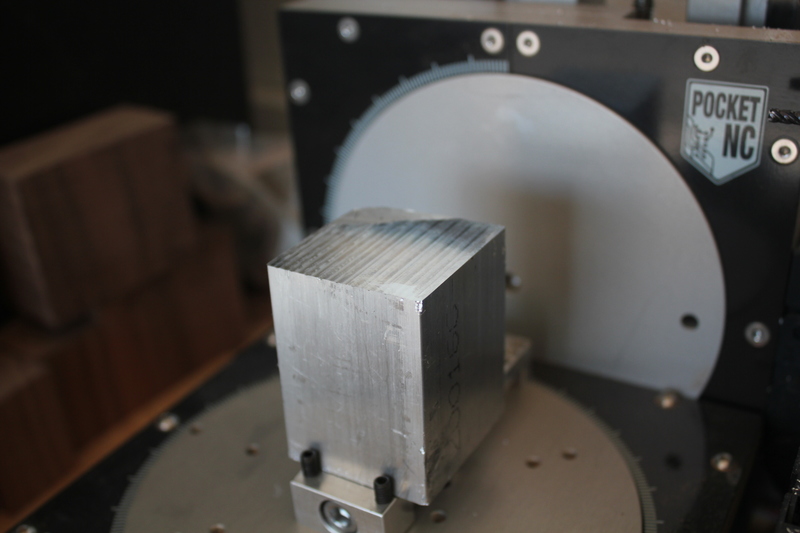 Before milling the polyurethane, I tried to do the same operation in aluminum.

I started by using one of the blocks I cut and surfaced one side to ensure I had a perfectly flat face to work with. Unfortunately, I wasn't able to use the same speeds and feeds I was using on the Shapeoko and ended up almost snapping one of my endmills when attempting too aggressive of a cut. I cut down the bite it was taking and tried it again, it worked, but since it was taking away such little material, it would take forever to do the entire operation. One way to cut down a lot of time was just to cut the rectangular stock and make it square; this took quite a bit longer than I was expecting due to the way I was cutting it. After that, I kind of gave up on cutting aluminum for that day and decided to try the polyurethane instead. 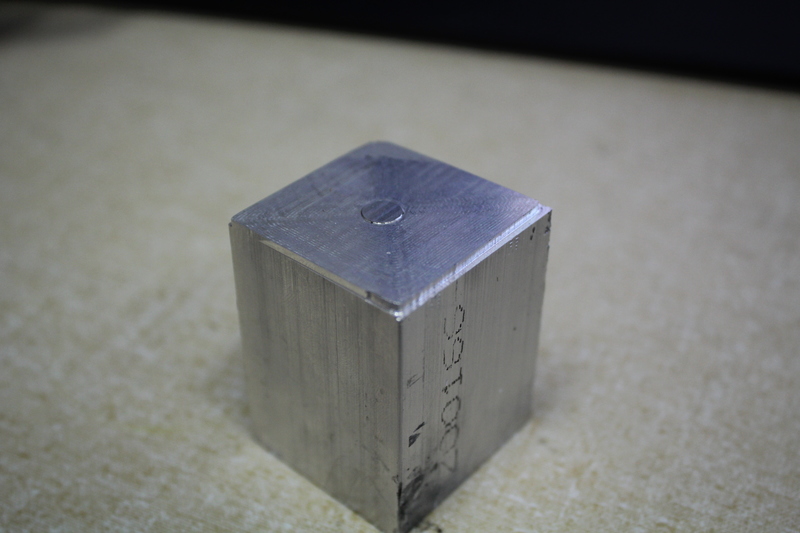 I'm going to do a bit more research and find out exactly how far I can push the machine on the aluminum without breaking the endmill. However, since the Pocket NC can only run at a max RPM of 8,500, it's very limited in how fast it can eat the material.