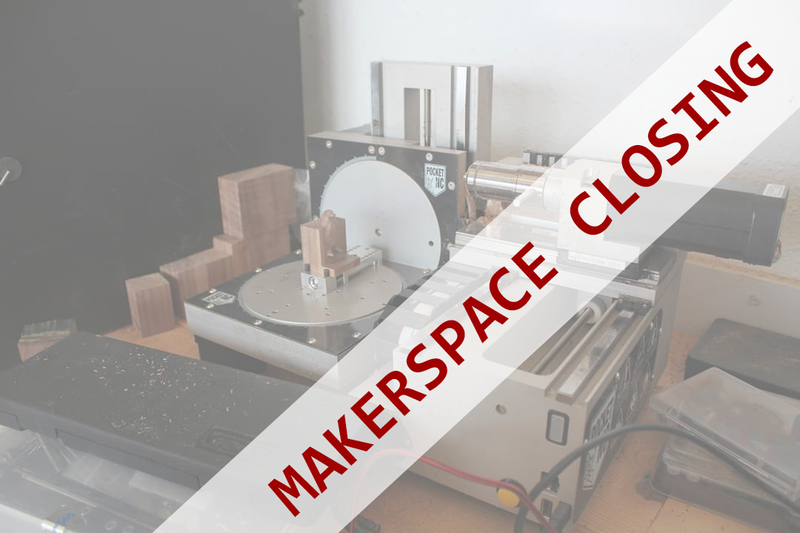 Since the coronavirus hit the country, I haven't been as motivated to work on furthering my skills on the Pocket NC at Oneshop. Unfortunately, Oneshop's owner has decided to close up shop permanently and sell off the equipment; this means I no longer have access to the machines. The makerspace hasn't had that many members, and so it was overall a net loss for the owner; aside from myself, there were maybe one or two other active members.

I offered to buy the Pocket NC V1 that he was going to sell. However, his asking price ($2,200) was more than what I thought it would be worth taking into account it being their Kickstarter model and doesn't have anywhere near the number of features their newer models have. I still wanted to get a Pocket NC to work on and decided to take advantage of the unique situation to even upgrade to one of their newer models. I couldn't afford to buy one new ($5,999), but the going rate for used machines was closer to my budget at $3,600-4,000, and I would only need to wait for someone to put one on the market. While waiting, I could then put together enough cash for it so I wouldn't be left penniless after the purchase. I posted on the Facebook and Google forum groups that discuss Pocket NC related information that I was looking for a used V2-10 model.

The following day I received a message from Pocket NC directly asking if I wanted one of their machines at a reduced price to continue posting about their machine and things I ran into while learning how to use it. I was super excited at this because it meant I could get my hands on the machine in a week or two instead of waiting an indefinite amount of time for one to pop up on the market, not to mention it is at a price I could afford pretty comfortably.

They said they would ship it out this coming Tuesday and should arrive in a week or two! I am extremely happy with how things are turning out, and as the saying goes, when one door closes, another one opens up! They even asked if I've considered starting a YouTube channel and post content there in addition to my blog and Instagram page. I have thought about it, and this may just be the time to start one up!