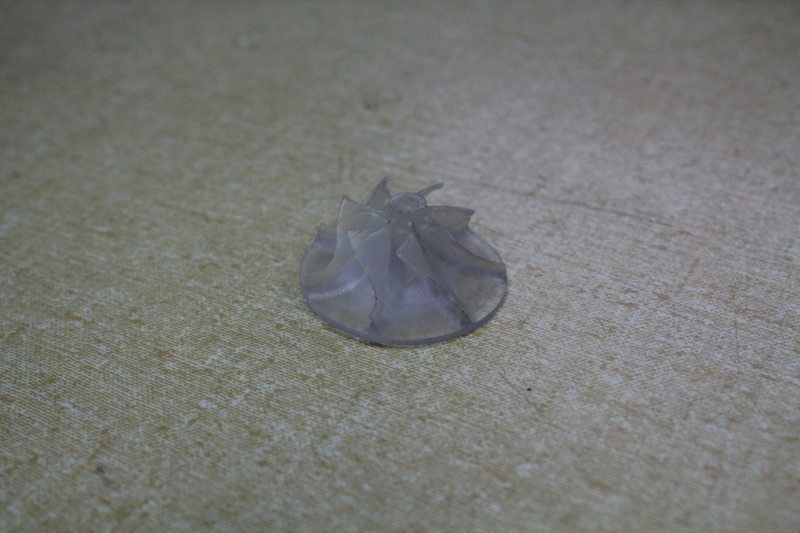 After making the impeller so many times (several not posted about), I kind of realize it's going to be nearly impossible to get the type of finish I want with wood. It's just way too fragile and breaks in chunks, not ideal for small delicate parts. Apart from the stock I was given by the local shop owner was a cylinder of clear polyurethane. I've only worked with wood and aluminum before, so I was unsure how hard it was to cut. I assumed since it was a plastic-based material, it would be pretty soft. I was wrong, and after nearly breaking one of my bits from setting the speeds and feeds to be too aggressive, I had to slow it down quite a bit.

I ran the same operations I did for the wooden versions and adjusted a couple of the settings to keep run time down. I used 3D adaptive clearing with a 1/8" ball endmill with 0.003" stock to leave so I could come in with the same tool later and clean it up. It took about 4 hours to do the roughing passes, at which point I didn't have enough time to finish it that night. 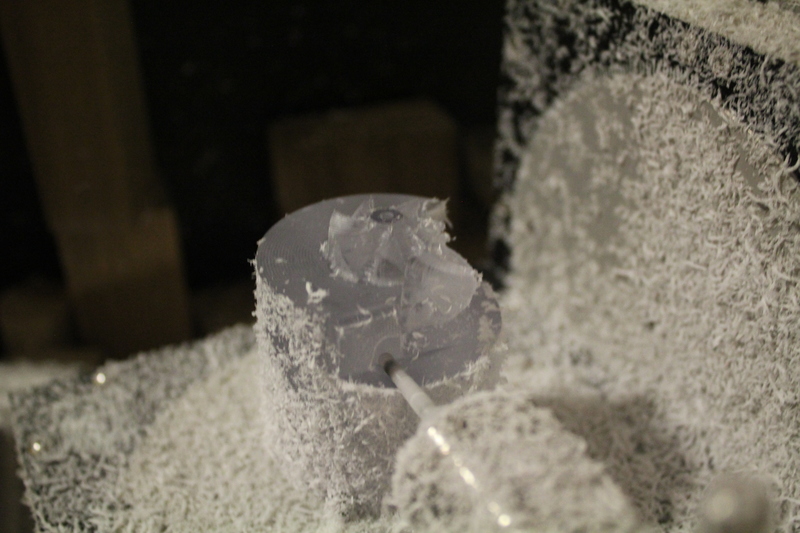 The next day I came back since I didn't remove the part from the machine I was able to pick up where I left off without worrying about having to restart. I used morphed spiral toolpath to finish it off since there was only 0.003" of stock to remove. I set the speeds to be relatively aggressive for this tough of material at 30 inches per minute. For the stepover, I set it to 0.01," which is a bit higher than I usually would go for a finish. I got a pretty decent finish on the part with a very smooth underside and no broken blades this time. I then used a 5-axis swarf toolpath with the same 1/8" ball endmill to simultaneously finish the bottom of the part and cut it off the base.