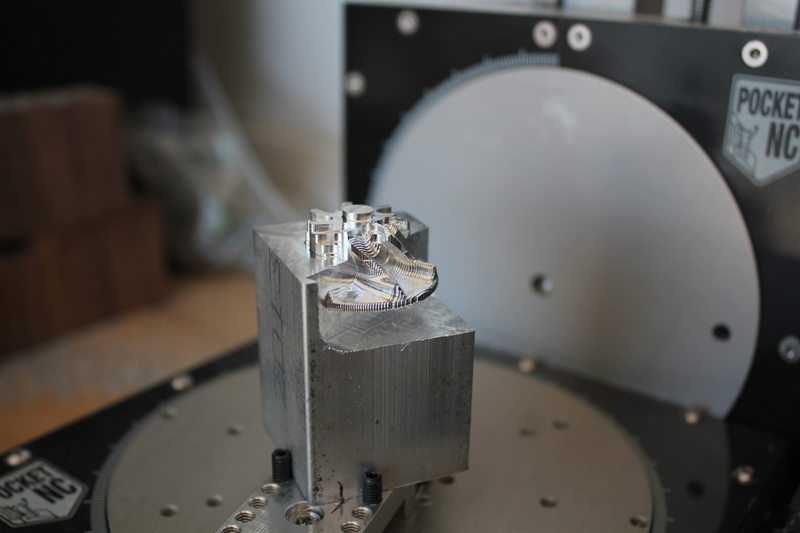 After cleaning the Pocket NC, I ran the same operation that failed last time. I was able to complete it without fail, however, when I went in for another side milling job the b-table (the bed the clamp is attached to) wouldn't rotate. I attempted to re-home the machine, but it would keep giving me this error: 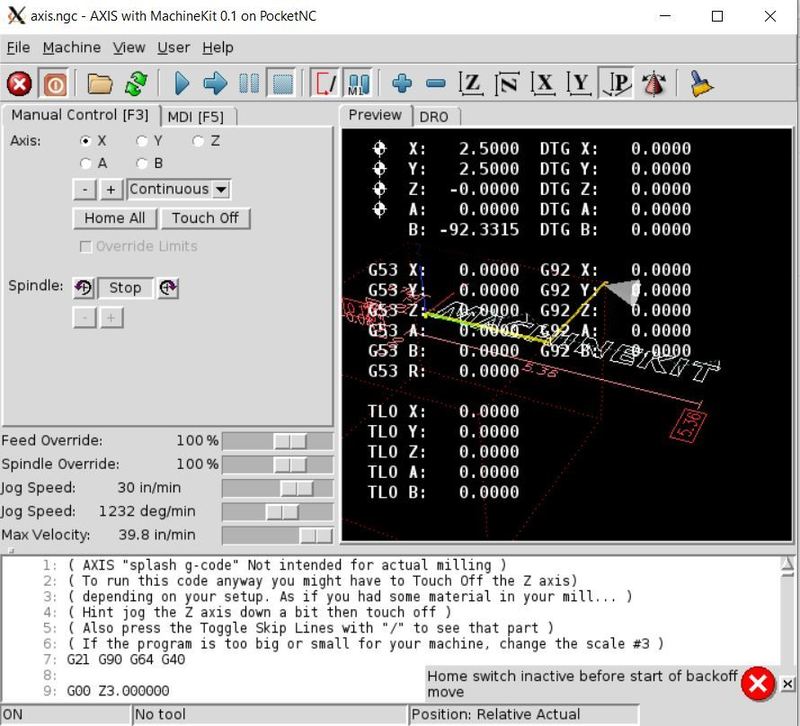 "Home switch inactive before the start of backoff move." I completely unplugged the Pocket NC and restarted it, again the same issue. I Then took the vacuum I'd been using and clearing away all the chips once more, thinking it must be something to do with chips flying and touching exposed wires. I also took the air compressor and did a quick once overall around the machine. Again same error, finally, I decide to unplug and plug back in the motor that rotates the b-table; this fixed the issue. I'm not entirely sure why but I think it may not have been plugged in all the way, thus allowing it to work when in the right position occasionally. I also had the same issue with the z height motor and the same solution.

Unfortunately, since I was playing it a bit safe with the toolpaths the run time for the last operation was 21 minutes and had already run through about 18 minutes. I really didn't want to sit there and watch it cut air for that long so I decided to do something a bit risky and stupid. I edited the code and removed about 60% of the lines to get it to start toward the end. However, I neglected to realize that it would go the shortest possible path from its starting point to the next line in the code. I ended up snapping my 1/8" endmill because it attempted to chew through 1/4" of aluminum at 34 inches per minute. I was very tired when I did this and if I thought about it I would have realized that would have happened and so decided to call it a day and head home. 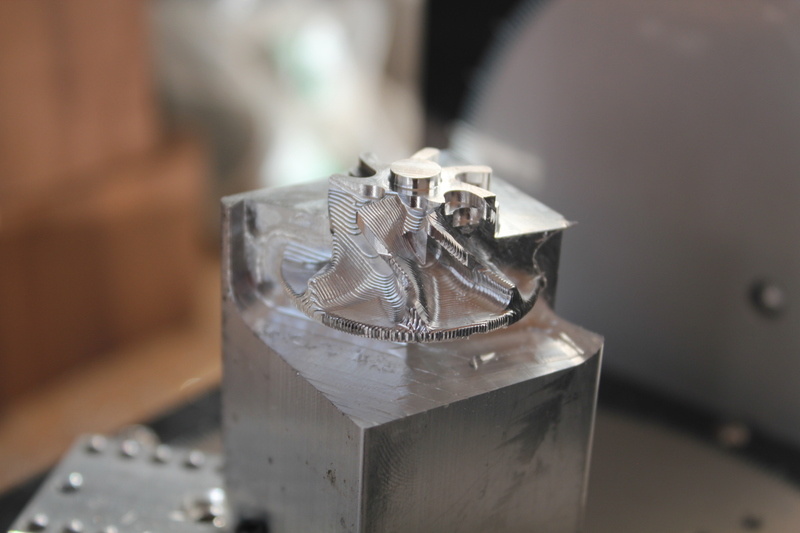