It's been a minute since I last posted. I got busy with other work and didn't have that much time to continue my education on the Pocket NC/Fusion360, then the virus struck and threw things off even more.

Anyhow, after my initial test cuts with aluminum (see my last post), I knew I needed to do things differently.

Someone on Instagram commented in the post I made about the aluminum cuts on the Pocket NC, mentioning it may be deflection and that the clamp system can't keep it stable enough for the endmill to take a more significant bite. He said that more clamping might fix the issue or at least help quite a bit. Unfortunately, due to the way the Pocket NC clamp system on the v1 is designed, it's difficult to add any other workholding fixtures. He suggested I should put solid block covers over the grub-screws to absorb some of the vibrations.

I also wanted to read up more on speeds and feeds in general as up until this point; I've just been using some recommended rates then adjusting them slightly to my needs without knowing exactly how it all worked. I went to NYC CNC by Saunders Machine Works and found a getting started with speeds and feeds post with a video. 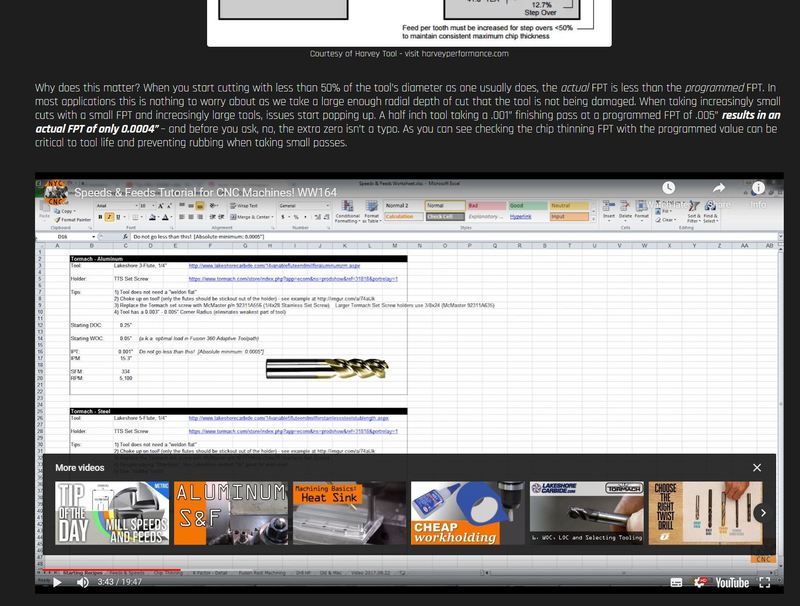 He went pretty in-depth, explaining some of the startup recipes, calculating speeds and feeds, and even chip thinning and horsepower. At the bottom of the page, there is a download to speeds and feeds calculator with a ton of beneficial information when programming new operations. 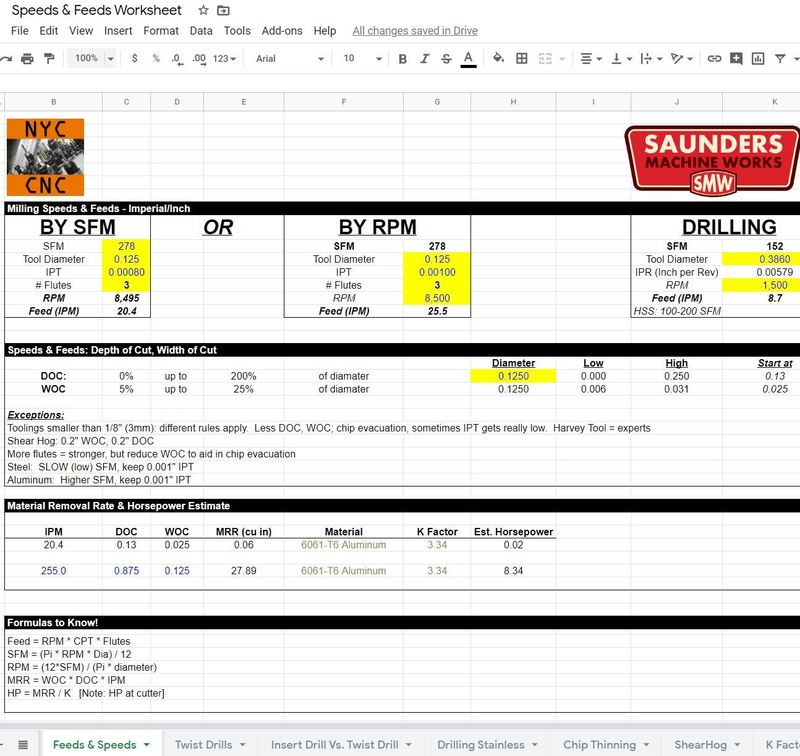 I imputed the data according to the Pocket NC and tooling specs and have new speeds and feeds to test next time I get to Oneshop. I found that though the new speed rate was very similar to what I was already using, the depth of cut and sideload were pretty significantly different. I'm a bit wary of if the machine can handle these rates and may bump them down a bit and work my way up so I don't ruin any endmills. 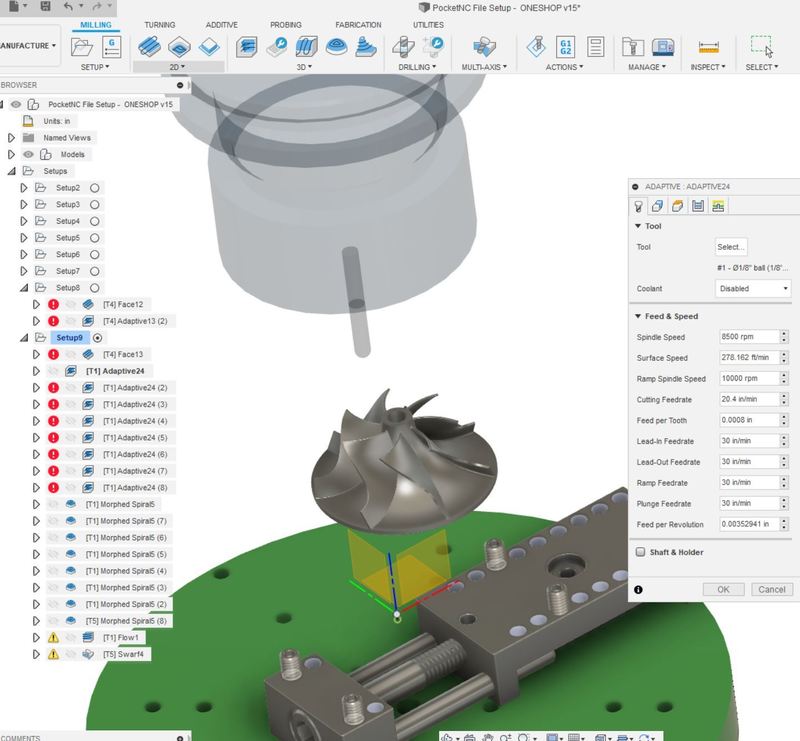