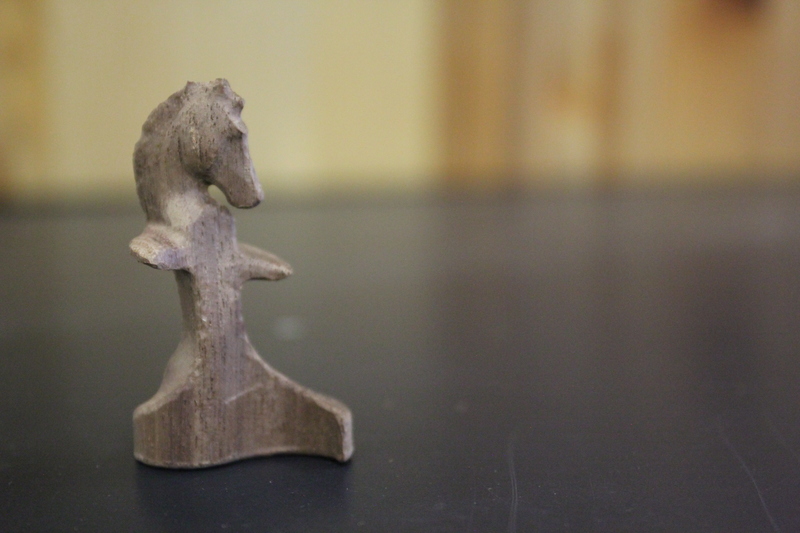 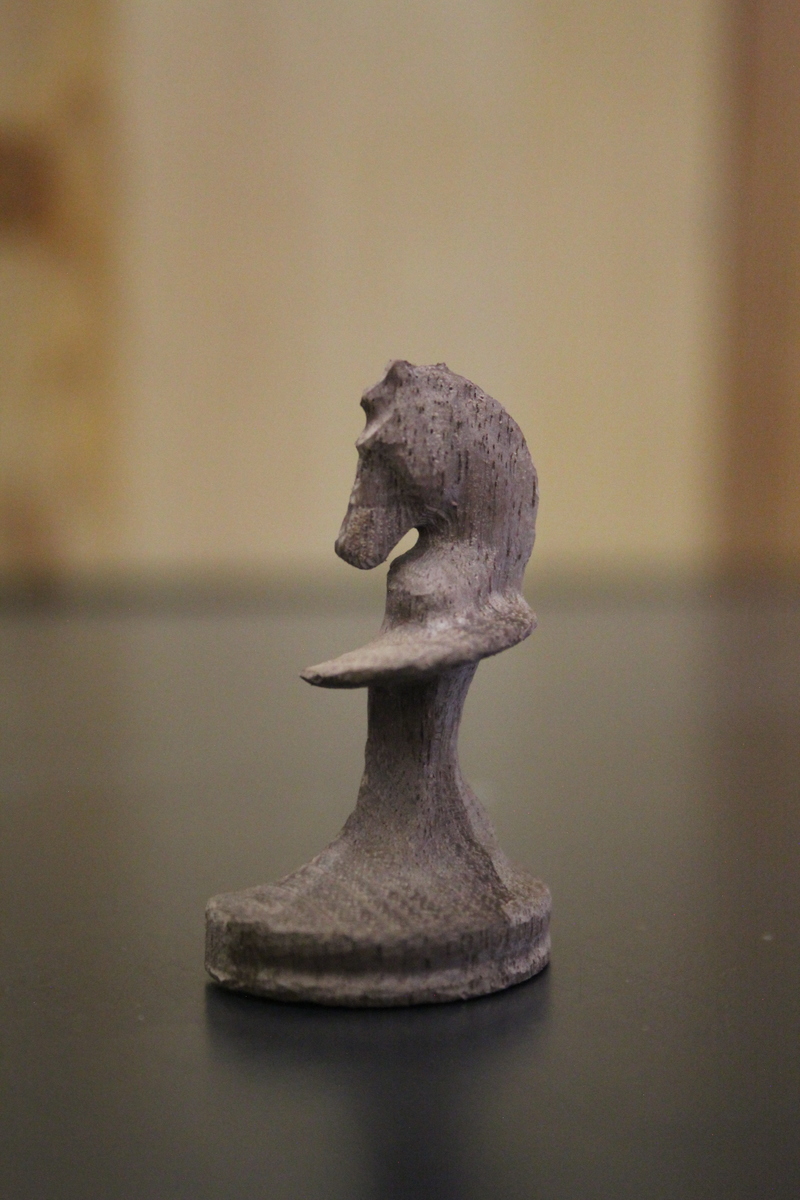 Last week I posted about making a bishop chess piece for someone on Instagram. I wasn't able to finish it due to the finishing passes not aligning correctly, so I would have to redo them. I have finally gotten around to doing it again, this time, the knight chess piece for verity.

The wood here is walnut, which I picked up from eBay. The whole machining process was straightforward and only took about 30 minutes to make all the tool paths for it. I used four 3D adaptive clearing operations with a 1/8" four flute square endmill each from a different side of the block and a total of 54 minutes of machine time.

Next up was the morphed spiral finishing toolpath. I used a 1/8" four flute ball endmill with a 0.008" stepover on each of the four sides of the stock. After doing that I needed to cut the chess piece off the block, and I did this with the same 1/8" ball bit with adaptive clearing and limited it to the very bottom of the knight; this would allow me to simultaneously cut off the part from the base of the stock and finish it.

Halfway through, I realized there was a gap under the horse's head in the 3D model, and it didn't pick up that detail with the ball endmill. To fix this, I took a 1/16" ball tool to remove the material under the head; unfortunately, it was smaller than the tip was so I took the 1/32" vee bit ball-tipped endmill and did the operation again, this time it worked. The total machine time was 103 minutes, with only minor changes from the original setup. I think I can cut this time down by 20+ minutes with some cleaning up of the code, but overall, I'm pretty pleased with how it turned out.

I filmed the entire process and will edit and upload it to youtube sometime next week.