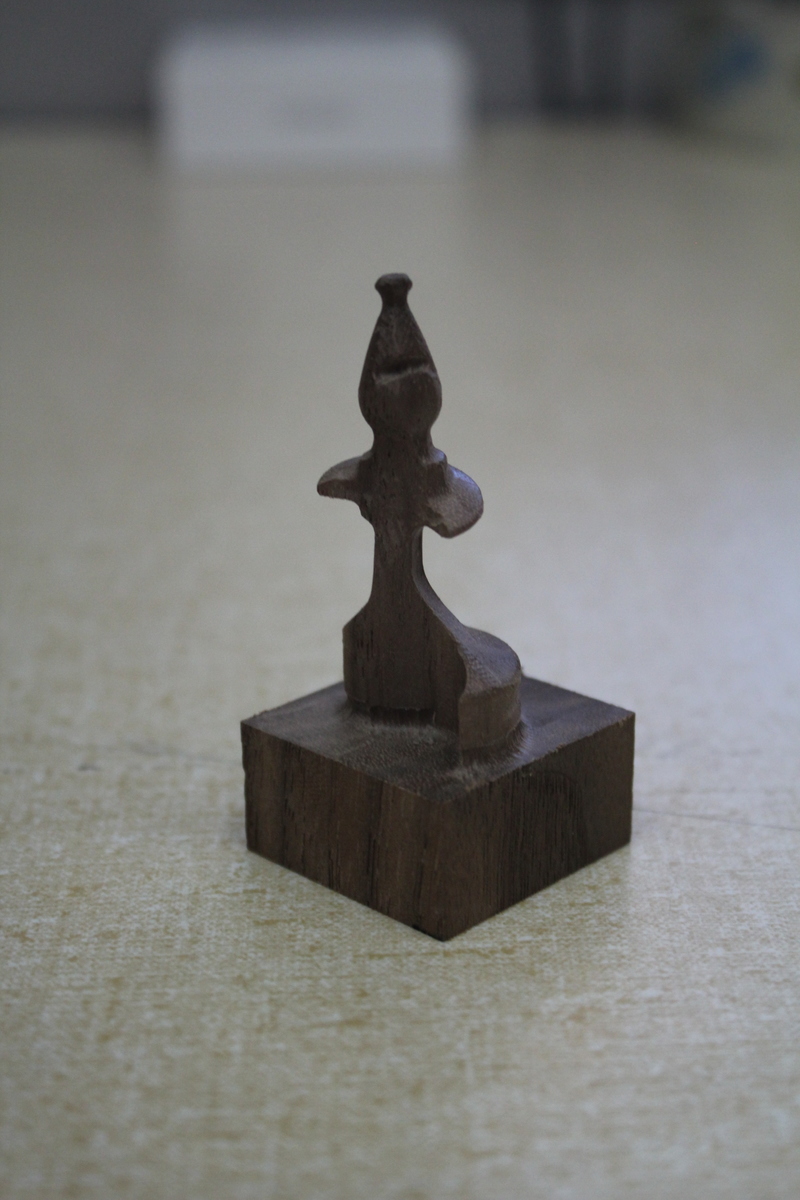 A few weeks back, someone on Instagram contacted me and asked if I would be willing to make them a bishop chess piece approx two and a half inches high from their design. I thought it'd be a fun project, so I took it on. He gave me an STL file, which I converted to the Fusion format .f3d; I had some issues at first where it wouldn't want to turn due to the high amount of faces in the model. I was able to combat this by reducing the triangles from about 40,000 to just under 3,000. The quality went down a bit because of this, but not by any significant amount that it would be noticeable in the final production. 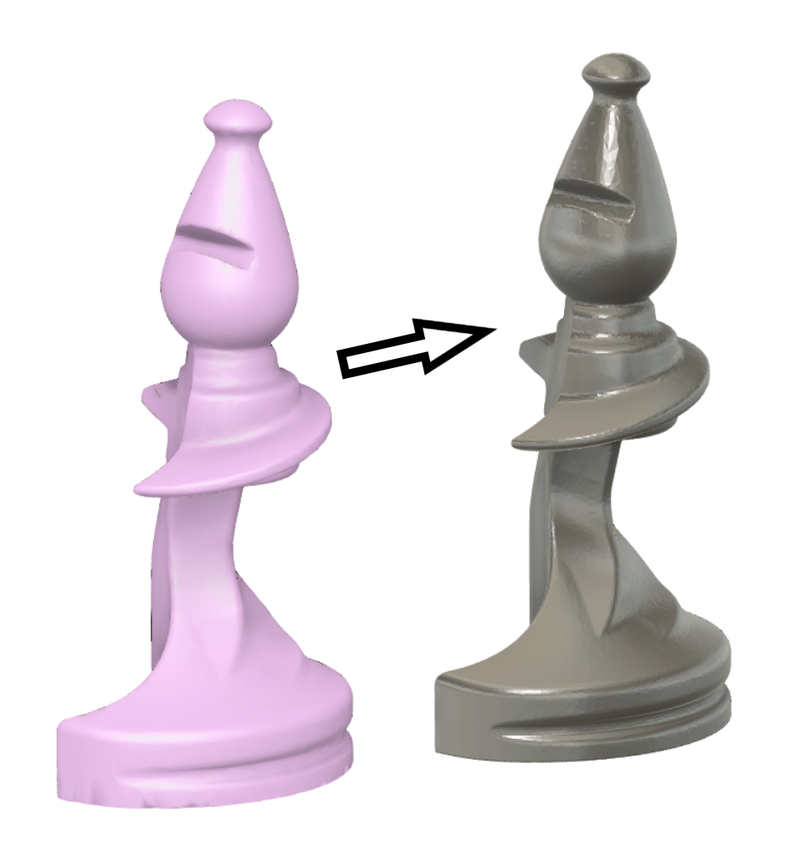 For the milling operations, I did 3+2 axis adaptive clearing and only came in from 4 sides to do it all. I had some walnut blocks that I used for other projects, so I used that for the stock. I used a 1/8" 4 flute ball endmill to do the entire operation with finishing passes and took about 2 hours to machine. I accidentally miscalculated one of the adaptive clearing operations. I cleared away too much stock from the underside of the bishop, not allowing enough support to do the final finishing pass. 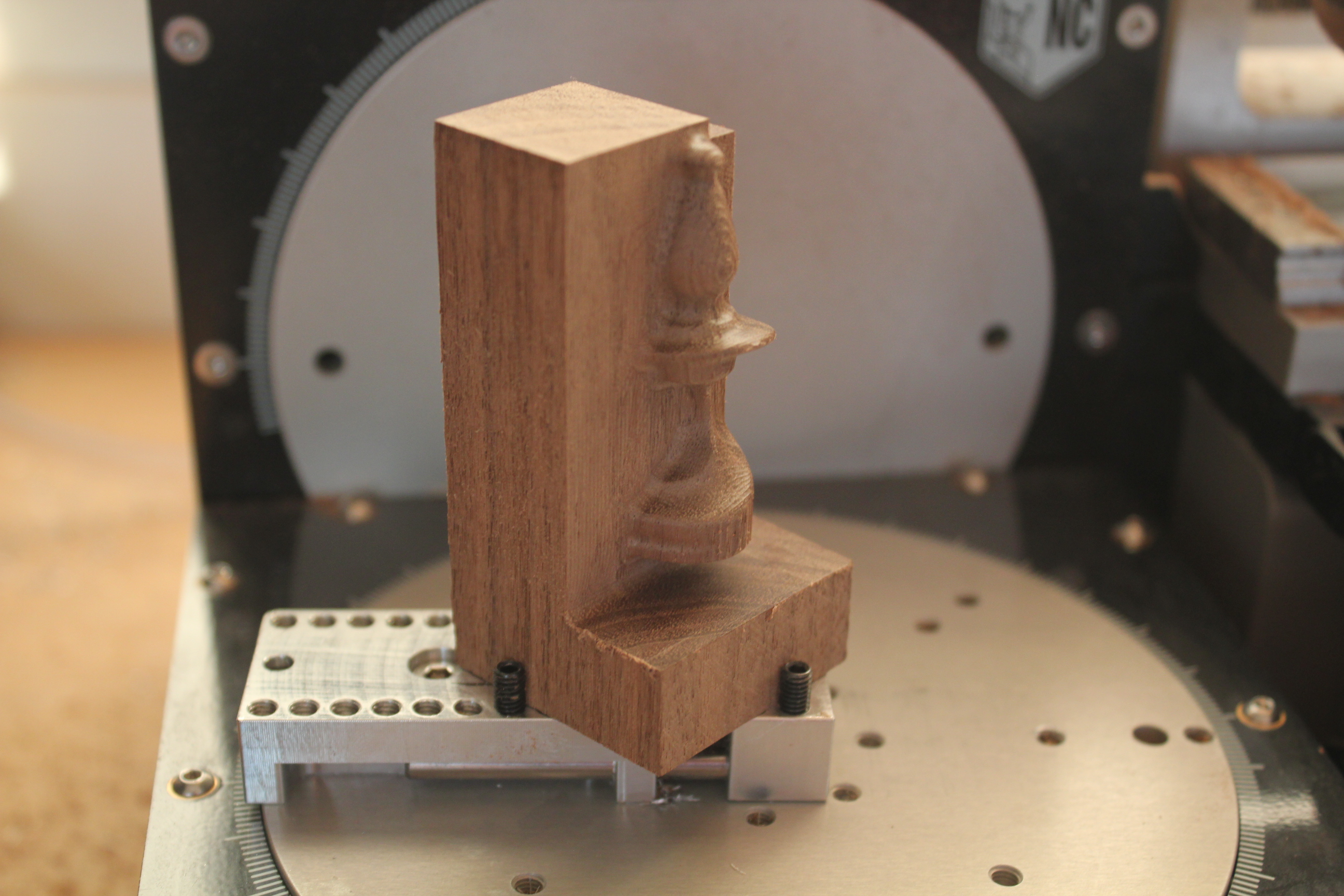 I restarted with new stock; this time didn't cut away any of the material from the underside of the piece until all other operations where complete. I also had some issues with the Pocket NC V1, where the tool wouldn't align properly, but I think that's due to my mismeasurement. So I left it as is until the new machine would come in, and I would restart the project from scratch.