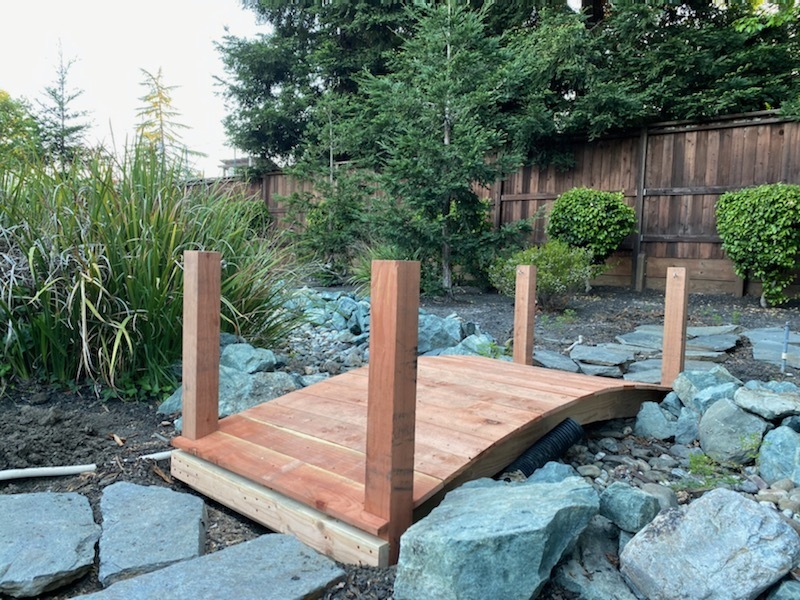 We picked up the lumber from home depot and ended up getting some redwood in place of treated as it would look better and last longer. For the arced boards we used 2"x12"x96" boards and traced the curve with PVC screwed into the two corners and top middle. Cutting it was pretty difficult and tried a few different tools before settling upon the jigsaw to do all the cutting, even at that each board took about 30 minutes to cut. In the original design, I had five supporting arced boards total but decided upon only doing three, it would still be very structurally sound and would require much less work.

The assembly of it was quite easy, and I'm thrilled I spent extra time on the design to figure out how the thing would fit and screw together. I did several dry fittings of the bridge before screwing everything together, and it paid off, it turns out the arced boards where each slightly different and the top planks wouldn't sit flat on their surface. We were able to solve this issue by taking an electric hand planer to the three boards clamped together.

I also miscalculated the width of the 2"x12"'s width and ended up having to trim some of the inner cross-boards to fit correctly. 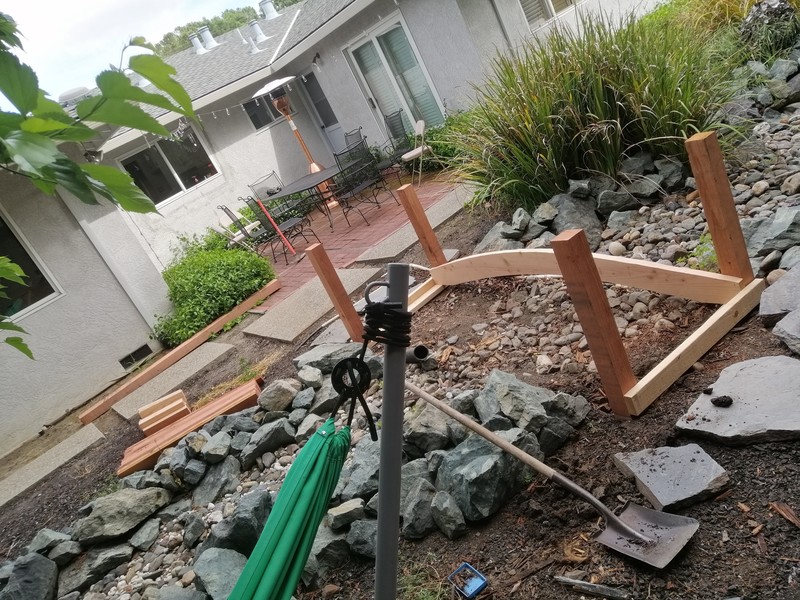 After that, we cut the top planks for the bridge. We found that home depot had some more beautiful 12" boards, so we got those and just ripped them down the middle to get 6" planks. We pre-drilled the holes on the top boards to ensure they all had the same screw spacing, and with the help of my brother, we put it all together. I also dug out spots on either side of the creek for the two ends of the bridge to fit into the ground and top face of the bridge to meet up with the stepping stones. 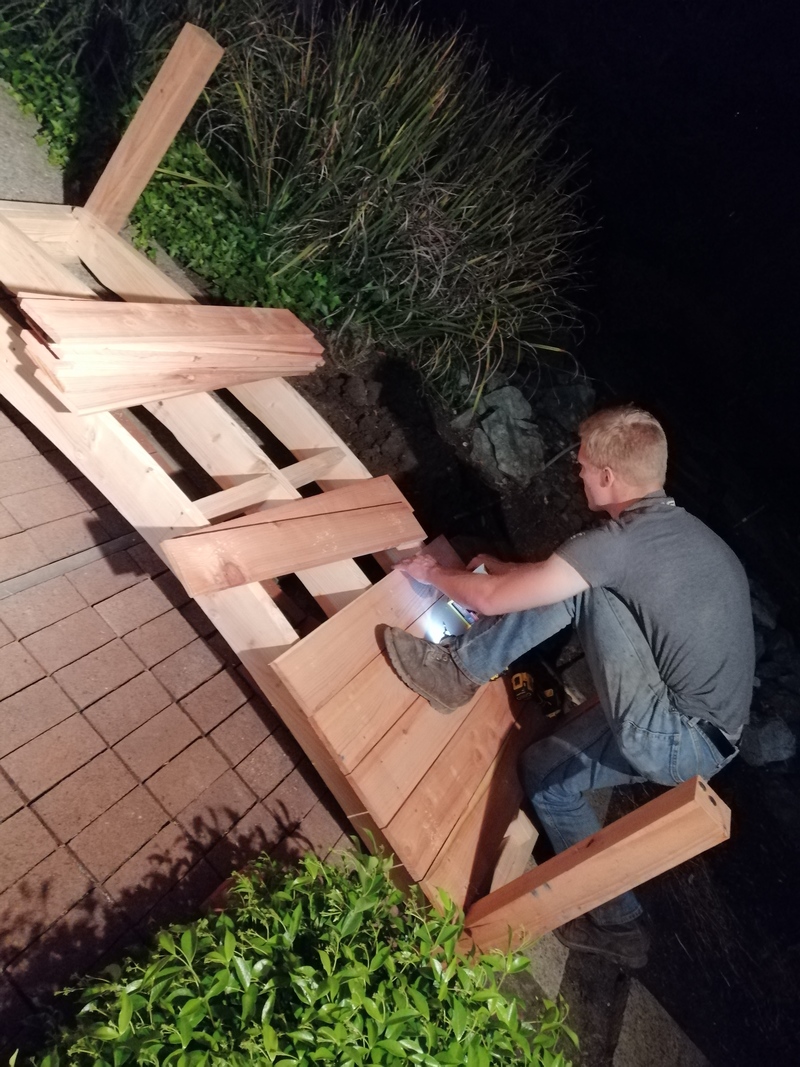 We built it outside of its final resting spot so it could be removed later for staining. We would order the chain online as the local stores didn't have what we were looking for, as well as caps for the 4x4's. Overall I am thrilled with how it turned out and was an exciting challenge!